Trudeau to visit communities hit by Fiona in Nova Scotia and P.E.I. 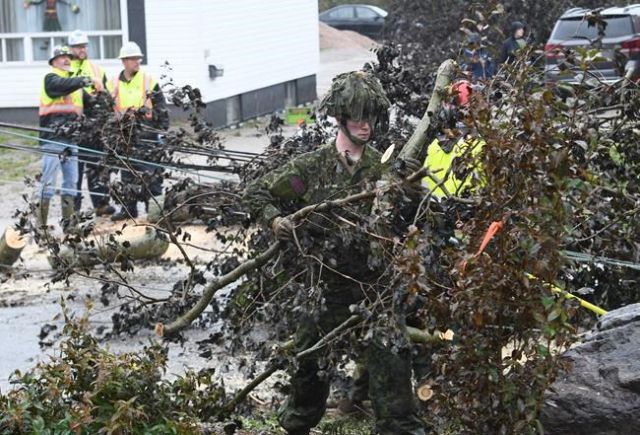 Justin Trudeau is scheduled to travel today to P.E.I. and Nova Scotia, where he will meet with residents and inspect the extensive damage caused by post-tropical storm Fiona.

The prime minister is expected to make stops in Stanley Bridge, P.E.I., and two communities in Cape Breton: Glace Bay and Sydney.

While in Sydney, the largest city in Cape Breton, Trudeau will visit the Canadian Coast Guard College, which is being used to house people forced to flee their homes after the storm roared over the island on Saturday.

Meanwhile, more than 200,000 homes and business across the region are still without electricity.

The storm is being blamed for two fatalities.

A 73-year-old woman in Port aux Basques died Saturday when a storm surge flooded her home, tore apart her basement and swept her out to sea.

On Monday, Nova Scotia RCMP said they believe an 81-year-old man was also swept out to sea on Saturday near Lower Prospect, N.S. Larry Smith was reported missing Saturday, and police say an exhaustive search turned up nothing.