What the feds are doing 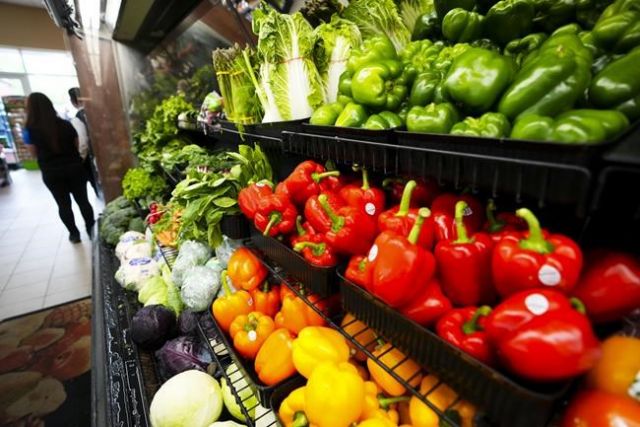 Photo: The Canadian Press
Produce vegetables are displayed for sale at a grocery store in Aylmer, Que., on Thursday, May 26, 2022. Liberals launched the new session of Parliament Tuesday by tabling two new bills with more than $4.5 billion in spending aimed at easing the rising cost of living for modest-income Canadians. THE CANADIAN PRESS/Sean Kilpatrick

The Liberals launched the fall sitting of Parliament Tuesday by tabling two new bills with more than $4.5 billion in spending they hope will ease the rising cost of living for modest-income Canadians.

Here are five things to know about the government's new affordability plan:

2. Some kids are eligible for dental-care dollars

Children under the age of 12 whose families have an annual income under $90,000 qualify for a new dental-care benefit if they don't already have dental insurance. The federal government says qualifying families will get up to $650 per child per year, depending on their income.

While the Canada Revenue Agency will ask for details about dental appointments and expect parents to keep receipts to show how the money was spent, the government says it won't come calling if families don't spend every cent the way it was intended.

If the CRA finds people have intentionally misled them or used the funds improperly, though, they could face a fine of up to $5,000.

The benefit is only a temporary measure while the federal government works on a more comprehensive, long-term dental-care program.

3. A little help is coming for people whose rent eats up their paycheques

One of the proposed bills would also create a one-time $500 top-up to the Canada Housing Benefit. The cheque would be available to families with an income below $35,000, or singles earning less than $20,000, who also spend at least 30 per cent of their income on rent.

The idea is to make rent more affordable for low-income renters who are struggling with the cost of living.

4. The timing of payouts will depend on how quickly the bills become law

The bills contain about $4.5 billion in spending, $3.1 billion of which was not already set aside in the 2022 budget.

Government ministers are keen to get the bills through the House of Commons quickly so cheques can be delivered by December — a particularly difficult month for many cash-strapped families.

They can be certain the bills will pass with the help of the NDP, who called for all three measures, but how fast that happens could ultimately be up to the opposition Conservatives, who take issue with the Liberals' method of tackling affordability.

5. Politicians are sparring over whether the spending will make inflation worse

In a press conference, Associate Finance Minister Randy Boissonnault countered by saying the spending is "not an inflationary move" because it's going to people who are struggling and don't have savings to dip into.

He said the new spending is a fraction of the overall Canadian economy, which is around $2.6 trillion. "So this is like throwing a stone in the lake — the lake doesn't flood. And that's what we're being very careful to do."