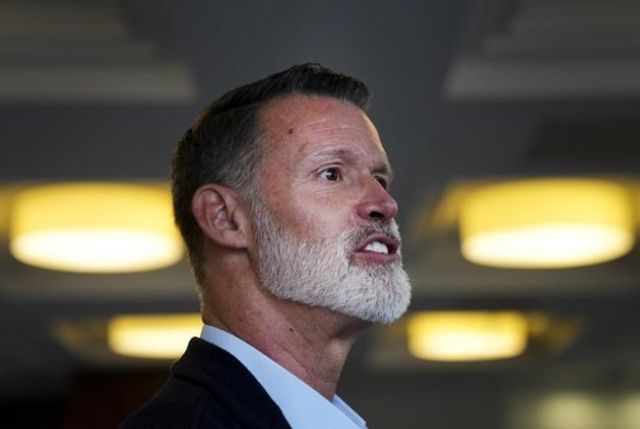 Former Canadian swim star Mark Tewksbury was among thousands to honour Queen Elizabeth II at her funeral Monday in London.

A funeral that was "personal" to him.

Tewksbury, a three-time Olympic medallist and a member of the Order of Canada, was among a list of dignitaries Prime Minister Justin Trudeau announced last week that attended the funeral.

In what he described to be a day of "mixed emotions," Tewksbury said he felt more of a connection to the queen as a person.

"I'm a person that really respected the queen for her duty and her service and giving back and representing different charities and organizations, and I tried to live my life the same way," Tewksbury told The Canadian Press. "So I took it (as) more of a personal connection, as opposed to a connection to the institution of the monarchy."

Contrary to Tewksbury's expectations, protocols were not as strict at the funeral.

"I thought it was going to be extraordinarily rigid," he said. "There was a lot of protocol, but it wasn't over the top. We went to a rehearsal (for) those of us in the honours procession on Saturday. And it was kind of relaxed. You just had to have the right identification and the right coloured path to get into certain zones, but it was less than I expected.

"We all were very clear on what we had to wear. If I'm a civilian, I had to wear a mourning suit or dark suit because I have a certain Order of Canada and some medals. There's just a certain protocol as to what you wear on what part of your suits. … Who arrives when and the order of things, and that was pretty much to be expected."

The group walked the entire Westminster Abbey before circling back, with Tewksbury's group seated near the front of the west entrance to the Abbey, allowing them to see everybody arriving for the remainder of the funeral.

With people from different parts of the Commonwealth being present, there were varying methods of honouring the queen. Some treated it as a celebration of her life, while others solemnly mourned. According to Tewksbury, the city of London was "buzzing" with people.

Arriving at the cathedral a few minutes after 10 a.m. (GMT), the service began at 11, with the group exiting the cathedral shortly before 12:30 p.m.

"Today was definitely like a change of tone in a nice way, very respectful. It's kind of sad — quiet, still and peaceful," said Tewksbury.

"It was really a very nice service. It wasn't too long and honoured the queen beautifully, both as a person and as monarch."

Along with it being "as big an honour as I would have hoped," Tewksbury was proud of being able to represent Canada with the diversity within the delegation.

"We had a gay man, a Black man and an Asian woman. We were really diverse. We were probably some of the youngest people in the honour profession. And so that's really, really wonderful to represent our country that way."