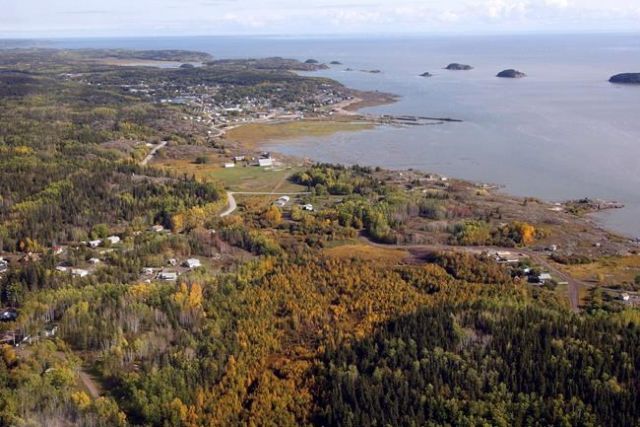 Photo: The Canadian Press
An aerial view of Fort Chipewyan, Alta., on the border of Wood Buffalo National Park .

A United Nations body that monitors some of the world's greatest natural glories is in Canada again to assess government responses to ongoing threats to the country's largest national park, including plans to release treated oilsands tailings into its watershed.

In a series of meetings beginning Thursday, UNESCO investigators are to determine whether Wood Buffalo National Park should be on the list of World Heritage Sites In Danger — a move the agency has already deemed "likely."

"Canada is not delivering," said Melody Lepine of the Mikisew Cree First Nation, which first brought concerns about the northern Alberta park to UNESCO's attention.

Bigger than Switzerland, Wood Buffalo is one of the world's largest freshwater deltas and is rich in biodiversity, including nesting sites for endangered whooping cranes. Its maze of wetlands, rivers, lakes and prairie is the largest and most intact ecosystem of its type in North America.

But the park, which straddles Alberta and the Northwest Territories, is slowly drying up through a combination of climate change and upstream developments such as British Columbia's Site C dam. As well, research has found increasing evidence of seepage from oilsands tailings ponds into upstream ground and surface water.

In 2017, UNESCO found 15 of 17 ecological benchmarks in the park were deteriorating and gave Canada a list of improvements required for the park to retain its status. This week's meetings are to assess federal and provincial responses.

A report prepared for Mikisew by scientific consultant Carla Davidson credits the province for establishing buffer areas around the park and Ottawa for water management plans within it. But the document finds little else has been done.

Proposals from First Nations to address knowledge gaps have been rejected. No land use plans exist.

The report says provincial groups studying scientific issues have been given restrictive terms of reference.

For example, a group studying mine reclamation can only look at ways to treat and release effluent. Cultural impacts on local First Nations are not considered, nor are cumulative effects of separate developments.

"Alberta has declined so far to implement most of (the recommendations)," the report says. "Instead, we see many examples of Alberta relying on the very policy instruments that have gotten the park to where it is today."

Meanwhile, both levels of government are preparing regulations to govern the first releases of tailings into the Athabasca River. Those rules are expected in 2025.

Contaminated water can be treated and released safely, says the Mining Association of Canada. In documents posted on its website, the association says tailings ponds can only be reclaimed after the water that fills them is removed.

"Oilsands operators have the demonstrated processes to treat these (contaminants) to levels that are safe for release to the environment," it says. "After decades of work in this area trying different methods with constant improvement as the goal, industry is confident that water can be treated and safely released to the environment once regulations are established."

But Gillian Chow-Fraser of the Canadian Parks and Wilderness Society said neither industry nor government have considered other ways of dealing with tailings, such as pumping the water underground.

"(Treating and releasing) isn't actually a reclamation solution," she said. "It is a cheap and easy way for these companies to keep producing at the same rate."

"Treated oilsands mine waters that have been in contact with bitumen will not be released until we can definitively demonstrate, using rigorous science, that it can be done safely and that strict regulatory processes are in place to ensure the protection of human and ecological health," she wrote in an email.

If UNESCO places Wood Buffalo on its "In Danger" list, it would join 52 other sites from around the world, most of which are imperilled by war or civil unrest. It has only one other site from a G7 country — Florida's Everglades.

"Having a World Heritage Site is something we're supposed to be really proud of," said Chow-Fraser. "This international recognition that things are not as good as they seem here are not something to be proud of."

Neither industry nor First Nations want permanent tailings ponds on the landscape, Lepine said. But addressing that problem and Wood Buffalo's overall deterioration can't be done without more resources and a wider search for solutions.

"They're not presenting a variety of options," she said.

Lepine said a move from UNESCO might spur Canadian governments to action.

"This site needs to be listed "In Danger."