Cut off by raging fires 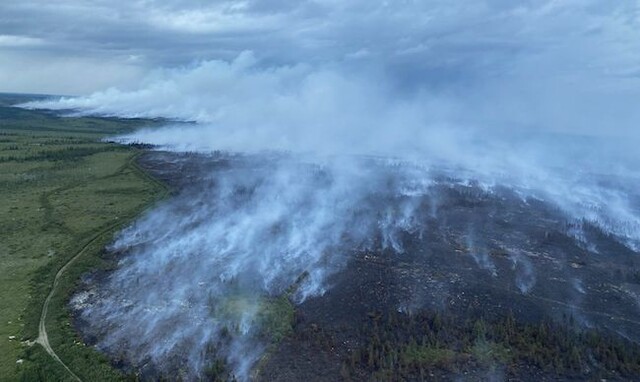 Helicopters have begun bringing essential supplies to southern Newfoundland towns cut off from the rest of the island by two out-of-control forest fires.

The provincial Department of Transportation said late Monday night that goods had been transported that day to the Coast of Bays area, which includes a large aquaculture farm in the town of St. Alban's.

A news release said two helicopters had also begun bringing goods to the town of Harbour Breton, and that they would continue to do so until the emergency ended.

Two fires with area totaling over 160 square kilometres have shut down the only highway connecting the towns on Newfoundland's southern Connaigre Peninsula with the rest of the province.

The fires have been burning for over two weeks and the remote Bay d'Espoir highway hasn't opened up since last Thursday morning.

Federal Minister of Emergency Preparedness Bill Blair said in a tweet Monday night that his department expanded its aid for the wildfire response, and that more resources will be deployed "as conditions allow."

Provincial officials have said a ferry would be dispatched from the town of Lewisporte to help bring supplies to stranded towns and move people out of the area. However, Monday night's news release said that ferry — Sound of Islay — has been delayed by mechanical trouble.

The vessel is in the provincial capital of St. John's being repaired, the release said.