No staff for Pride parade 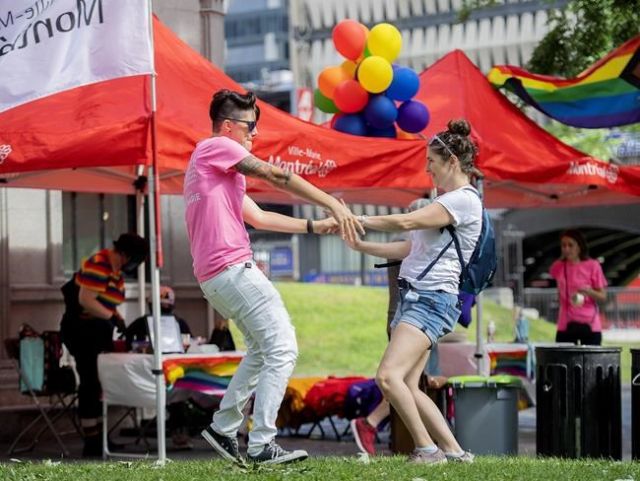 Photo: The Canadian Press
Florence, left, and Billie dance at the site where the Montreal Pride parade was supposed to start from, in Montreal, Sunday, Aug. 7, 2022. Festival organizers cancelled the parade over concerns for security due to a lack of staff. THE CANADIAN PRESS/Graham Hughes

The organization that runs the Montreal Pride Festival says it is conducting an internal investigation after it abruptly cancelled the city's official Pride parade on Sunday — hours before it was to begin.

Festival executive director Simon Gamache has said the parade had to be called off because there wasn't enough staff to ensure it could go ahead safely. He was not available for interviews today.

The festival, which ran from Aug. 1-7 and included concerts and other events, received $600,000 from the City of Montreal.

This year's festival also received more than $1.1 million from the Quebec government.

Festival organizers are expected to meet with city officials later today to explain why the week's signature event was so poorly organized.

Meanwhile, one of the festival's major sponsors, Loto-Québec, said it still planned to support the Montreal Pride Festival next year.