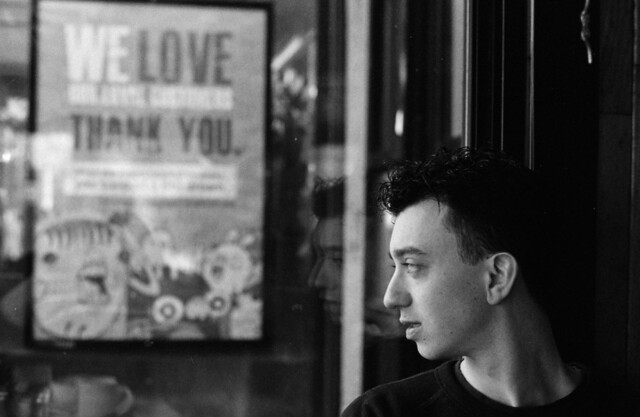 Photo: David Klein
Actor David Klein is paying as much as a typical Toronto rent on his student debt since he moved back in with his parents.

The pandemic upended David Klein’s burgeoning acting career in New York, but the 26-year-old was fortunate he was able to return to the comforts of his childhood home in downtown Toronto.

Still, with the cost of almost everything on a sharp upward trajectory and exchange and interest rates working against him, Klein doesn’t expect to return to a more independent life for several more years.

“I don’t have an income right now that would sustain both paying a huge amount of student debt and also rent, which is increasing by a lot,” said Klein, a dual citizen who borrowed almost $100,000 to attend New York University’s four-year theatre school program and was preparing for his first off-Broadway play when the pandemic hit in 2020.

The long-standing high cost of accommodation in Toronto has this year been joined by broader inflation, with prices for food, fuel, transport and a range of other basic and discretionary goods pushed up by pandemic-related supply chain disruptions and worker shortages.

Younger people are feeling the pinch more than older folks due to differences in their spending habits, according to Toronto-Dominion Bank, which in March took a closer look at the demographic distribution of pricing pain in the United States.

“The cost of clothing, the cost of haircuts, a lot of grooming and style-related products, that’s definitely increased,” said Klein. “For someone who is trying to maintain my appearance, I’m more mindful of that element.”

Central banks, including the Bank of Canada and the U.S. Federal Reserve, have raised interest rates abruptly to try to tame the price hikes, but that is also hurting people like Klein and thousands of other post-secondary graduates who are trying to pay off debts.

Klein has so far managed to pay back about half of his U.S. dollar-denominated debt since returning to Canada, but the interest rate he pays on it has moved up to 5.5 per cent recently, after dipping as low as 3.1 per cent previously.

Meanwhile, wages at his restaurant job haven’t increased at nearly the same rate as everything else, and the weaker Canadian dollar relative to the greenback is adding to the crunch.

“I feel less free in a way,” Klein said. “A lot of the cheap ways of living and wandering about in your 20s don't really exist in the same way.”

Spencer Hunt wasn’t exactly forced out of Toronto by the high cost of living, but he and his girlfriend will be getting much more bang for their buck when they relocate to Montreal next month after she got accepted as a master's student at McGill University.

After dual work-from-home jobs became too much for their $1,450-a month, one-bedroom basement apartment in Bloordale, the pair moved to a nearby two-bedroom in early 2021 that cost $1,880 a month.

Hunt can keep doing his job providing technical support for medical imaging software in Montreal, where the pair have found a larger place for less than $1,800 in the Plateau-Mont Royal neighbourhood.

“It’s a bigger apartment than this one is; it's two bedrooms as well, but there's a living room — we don’t have that here — in a nicer location, relatively closer to downtown than where we live now,” he said.

Hunt does most of the grocery shopping and has noticed the spike in prices, and also says it is harder to justify going out to socialize with friends these days.

“It's kind of hard because after the pandemic you want to go out to restaurants, get takeout, see people and hang out with them again, and it all adds up,” he said.