BCCLA calls on other governments to join B.C. in ending immigration detention 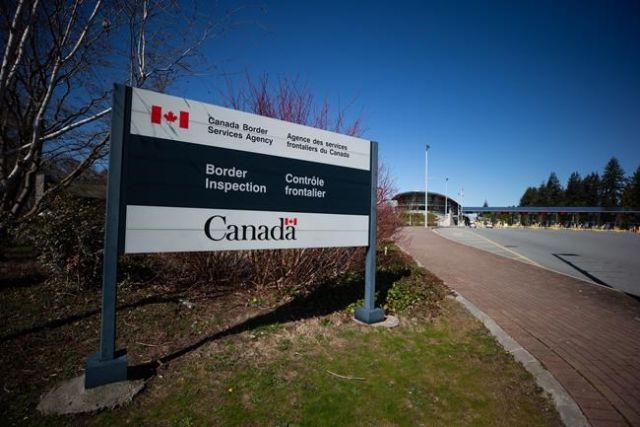 Photo: The Canadian Press
The Douglas-Peace Arch border crossing is seen in Surrey, B.C., on Monday, March 16, 2020. The B.C. Civil Liberties Association says it is calling on other provinces and the federal government to follow British Columbia's lead and abolish immigration detention across Canada. THE CANADIAN PRESS/Darryl Dyck

A civil liberties group says the British Columbia government's decision to end immigration detention in provincial jails should not taken as an opportunity for the Canada Border Services Agency to increase the number of holding centres or use of restricted detention alternatives like ankle monitors or curfews.

Public Safety Minister Mike Farnworth announced last week that the province would be ending an agreement with the CBSA to hold immigration detainees in provincial correctional centres, saying the arrangement doesn't align with its stance on human rights.

Mara Selanders, a lawyer with the B.C. Civil Liberties Association, says that while the group is "heartened" by the decision, it's only the first step.

CBSA says in a statement that the use of provincial correctional facilities for immigration detention is a "measure of last resort" and that the number of people held in provincial facilities has been steadily decreasing, from 467 in 2017, to 15 as of this month.

Calls for reform began in June 2021 when Human Rights Watch and Amnesty International released a report saying immigrants with no criminal charges against them are detained in holding centres, federal prisons or provincial jails for "indeterminate amounts of time."

They launched a campaign calling on B.C. to end its contract last October, and later expanded their push to Quebec and Nova Scotia.

"It is our hope that B.C. will set an example for the rest of the country and that each province will terminate its agreement with the CBSA, in turn increasing pressure on our federal government to abolish immigration detention altogether," Selanders told a news conference Thursday.

Muscati said the joint campaign calling on provinces to terminate their individual contracts will soon be setting its sights on Ontario.

"Ultimately, it's the federal government that has sole legal responsibility for border enforcement and immigration detention, so the question is why are provincial governments selling their own reputations by getting their hands dirty in this awful business? It doesn't make any sense and we hope that they will agree," he told the news conference.

"At the same time, we're advocating with the federal government continuously in the hopes that they will cancel all of these contracts at once rather than have the provinces pull out in this piecemeal cancellation process."