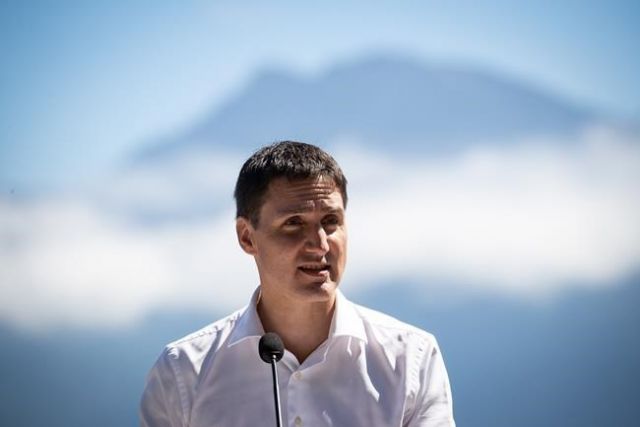 In its most recent budget, the government pledged to add $2 billion over nine years to the $1.5 billion already set aside for ocean protection.

Speaking at a news conference on Bowen Island, B.C., Trudeau said the government had now launched an extended version of the Oceans Protection Plan.

Initiatives already funded by the program include the opening of six coast guard stations in British Columbia and Newfoundland and Labrador, establishing an Indigenous-led coast guard auxiliary in B.C., the restoration of coastal aquatic habitats, and the removal and disposal of hundreds of abandoned boats.

The new funds are aimed at expanding such environmental and safety efforts to more regions.

Trudeau said the latest plan was intended to keep oceans and coasts healthy, advance reconciliation and build a clean future.

The initiative showed his government "was moving back into the space of saying our oceans need to be protected," he said.

“The federal government prior to us was shuttering coast guard stations, was underinvesting, was ignoring any sorts of partnerships with Indigenous Peoples and firing scientists," Trudeau said.

He said his government was doubling down on the oceans plan that was launched in 2016, and it would be "expanded and deepened.”

Joyce Murray, minister of fisheries, oceans and the Canadian Coast Guard, said the government would be "working in partnership with Indigenous Peoples and coastal communities to protect Canada’s mariners, waterways and shorelines now, and for the generations to come."