Results must be 'tangible' 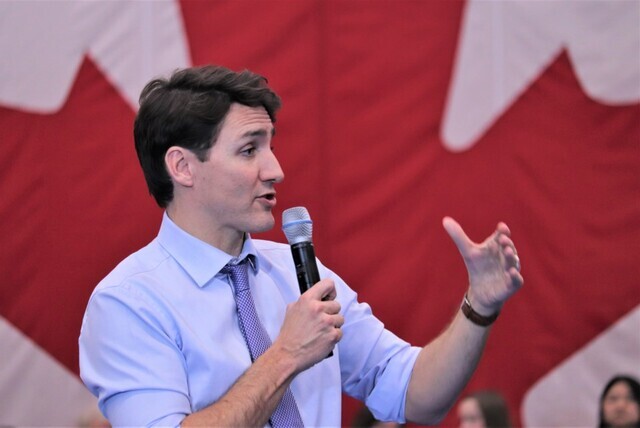 The federal government wants to make sure billions of dollars transferred to the provinces and territories for health care will "deliver real, tangible results for Canadians" with shorter wait times and better services, Prime Minister Justin Trudeau says.

In the past, "huge investments" by provincial and federal governments haven't always delivered the necessary improvements, Trudeau said Wednesday.

His remarks came a day after the 13 premiers wrapped up two days of talks in Victoria, united in frustration that Trudeau hadn't set a date to meet with them to renegotiate funding for what they say is a "crumbling" health-care system.

Ottawa needs to stop "quibbling" over health care and meet with the premiers to address their request for stable, long-term health funding, B.C. Premier John Horgan told a news conference during the Council of the Federation gathering.

Andrew Longhurst, a health policy researcher at Simon Fraser University in Burnaby, B.C., said Ottawa is right to be concerned about how the provinces and territories spend health transfer money because it has historically flowed into their general accounts, and in some cases, they have gone on to cut taxes and run surpluses in their budgets.

The provinces are also engaging in "blame shifting" around how the system has reached a crisis point by ignoring their own roles in failing to take on the difficult, years-long work of modernizing health care, he said in an interview.

There are some promising evidence-based initiatives, "but what we don't see in most provinces is a systematic scaling-up" of those practices, said Longhurst, who is also a research associate with the Canadian Centre for Policy Alternatives.

The provinces' handling of the COVID-19 pandemic has compounded the crisis, he said, noting indoor mask mandates have mostly been lifted while another highly infectious variant is spreading, and hospitalizations are on the rise.

"The reality that we see among our health-care workforces across the country and our health services, is severe strain to the point of collapsing ... because we're not managing the ongoing pandemic in a smart way," Longhurst said.

Horgan on Tuesday said health care is the top cost-driver for provincial and territorial budgets, so there's no debate about what they would do with additional funds.

However, there are different priorities in each jurisdiction, and a province where the population is aging may focus more on long-term care than another, he said.

He also said the premiers are happy to talk about potential conditions attached to federal money, but they first need to meet in person with the prime minister.

Horgan, who chairs the premiers' council, said he wrote to Trudeau in December and April with a proposal on how to start the work, but hadn't heard back.

Trudeau told media he doesn't think any of his predecessors have met with the premiers about health care as much as he has over the last two years, and the leaders will continue to work together to address "pressures" in the system.

"The federal government will be there to invest in health care, but we are going to make sure that those investments deliver for Canadians," he said.

Horgan, along with Alberta Premier Jason Kenney and others, said they haven't seen the potential conditions Ottawa may be looking to attach to the funds.

Nova Scotia Premier Tim Houston said none of the provinces and territories are trying to "scrimp on a health-care budget and divert money somewhere else," and the only thing hampering progress is the lack of discussions with Ottawa.

The premiers want the federal government to increase its share of long-term health funding to 35 per cent, up from what they said amounts to 22 per cent.

Trudeau said Ottawa has added $72 billion in health-care funding over the past two years, on top of the tens of billions provided through the Canada health transfer.

Longhurst said declines in the federal health transfers predate the Trudeau government and it's reasonable for the premiers to ask for more.

But significant opportunities for improvement lie in reshaping the outdated models and structures that underpin how health-care services are delivered, and that goes beyond spending more money, he said.

The 1960s fee-for-service system in which doctors and surgeons essentially run their own business while being paid with public dollars is one example of an old model that's holding back improvements in patient care, Longhurst said.

"We have other models that are much more aligned to these system goals of improving access and improving the ability to have teams work together (and) having better supports that are not just about medical intervention, but about prevention and chronic disease management and so on," he said.

The effects of rising inequality and the social determinants of health, such as housing insecurity and poverty, must not be left out of the conversation, he added.

Canada doesn't spend at the same level of many of its peer countries on social supports that are proven to contribute to improved health outcomes, he said.

"We know that over generations, these investments actually yield dividends."