Anti-Taliban law could be tweaked to get more humanitarian aid to Afghans: minister

Taliban law may be tweaked 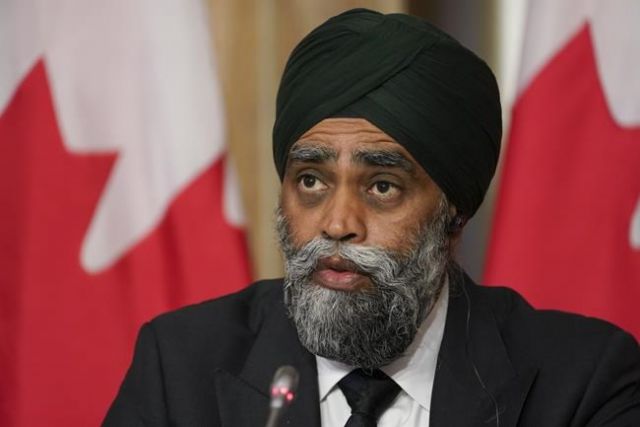 A law outlawing any dealings with the Taliban, which charities complain is impeding their ability to help needy Afghans, could be adjusted by the federal government to give more flexibility to aid agencies.

But, in an interview with The Canadian Press, he insisted Canada would not lift the Taliban’s designation as a prescribed terrorist organization.

“We are looking at options on what we can do to create that flexibility that other countries have,” he said. “The U.S. currently can do more work than us, at least have the options to do more things there. We are looking at similar exemptions we can create as long as we can keep up the pressure on the Taliban, as it is a terrorist entity.”

A law listing the Taliban as a terrorist organization was passed in 2013, before the allies withdrew and the Taliban seized control of Kabul and formed a de facto government last year.

Under the anti-terrorist leglislation, Canadians could face up to 10 years in prison if they, directly or indirectly, make available property or finances to the Taliban.

Canadian aid agencies working in Afghanistan complain the law is impeding their work because they cannot help anyone who may have official dealings with the Afghan government, including people paying rent or taxes.

They have also criticized Canada for not adjusting its regulations following a December 2021 UN Security Council resolution which said “humanitarian assistance and other activities that support basic human needs in Afghanistan” would not violate the council’s sanctions regime.

Giving evidence to a special parliamentary committee on Afghanistan earlier this year, Michael Messenger, president of World Vision Canada, said Canada was “out of step" with other countries, including the U.S., which have made changes to make humanitarian aid easier following the UN resolution.

Ten humanitarian organizations made a submission to the parliamentary committee calling on ministers to relax its laws so they could work on the ground in Afghanistan without fear of breaching Canada's anti-terrorism laws.

In its official report last month, the committee recommended that the government “ensure that registered Canadian organizations have the clarity and assurances needed — such as carve-outs or exemptions — to deliver humanitarian assistance and meet basic needs in Afghanistan without fear of prosecution for violating Canada’s anti-terrorism laws.”

Sajjan said, despite the prohibitions on dealing with the Taliban, Canada had continued to give vast sums of aid to Afghanistan through agencies including the UN and Red Cross.

But he acknowledged the law, brought in before the Taliban formed the government, was preventing some aid work, including “development projects where you have to work through the government’s structure.”

He said Canada had pumped around $150 million into Afghanistan, including aid to help people following the recent earthquake that killed more than 1,000 people and left more than 1,500 injured.

The earthquake struck a remote region near the Pakistan border, damaging more than 10,000 homes, most of which are made from clay and mud. Immediately after the earthquake, the Taliban issued a call for help from the international community.

“The law has not prevented us from helping the Afghan people,” the international development minister said. “We can still help the Afghan people but we are still looking at the options of how to get the exemptions.”

Lauryn Oates, executive director of Canadian Women for Women in Afghanistan, said humanitarian groups were getting conflicting legal advice on what the rules say they can and cannot do in Afghanistan.

She said the anti-terrorism law was stopping Canadian aid workers paying local taxes, including on rent or salaries. But aid workers could face imprisonment in Afghanistan if they don’t pay taxes, under local laws.

The law is also making it harder to fund scholarships for Afghan women and girls at private universities and creating huge amounts of paperwork, she said. A scholarship can only now be granted if the university signs undertakings pledging that the money, even small sums, would not be used to pay tax.

Oates said she feared a law change could take years when aid is urgently needed in the impoverished country.

“We need an innovative, interim solution now,” she said. “Other countries have been able to come up with them and Canada is lagging behind.”