Liberals wants another year of hybrid Parliament, which Tories reject as needless 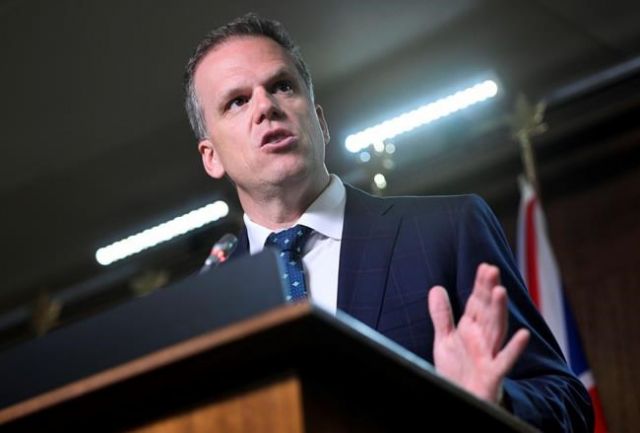 Photo: The Canadian Press
Leader of the Government in the House of Commons Mark Holland participates in a news conference to discuss the government’s work during the spring session, on Parliament Hill in Ottawa, on Monday, June 20, 2022. THE CANADIAN PRESS/Justin Tang

The governing Liberals want members of Parliament to have the option to appear virtually for another year, while Conservatives contend they should instead be signalling it's time that Canada return to a pre-pandemic normal.

Government House leader Mark Holland made the announcement Monday at the start of what is expected to be Parliament's final week of sitting before taking a break for summer, after speaking with House leaders from opposition parties.

Rules allowing MPs to appear virtually in the House of Commons — at first entirely and then in a hybrid format — were introduced near the start of the COVID-19 pandemic, after Parliament adjourned for a time when public health officials were urging people to work from home.

Members of Parliament cast their first virtual vote, using video-conference technology, in September 2020 and then were able to do so through an app the following spring.

Since then, millions of Canadians have been returning to the workplace in different formats.

Holland says the government will be moving forward with a motion to extend the hybrid virtual Parliament for another year.Debate is expected to take place over Tuesday and Wednesday.

He argued the flexibility is still needed. Last week, there were five members, including Prime Minister Justin Trudeau, had COVID-19 and could not appear in person.

Holland says he's sympathetic to calls from the opposition benches to have MPs attend the House of Commons in person. He said he is committed to having government members physically show up to provide answers during question period, barring illness or the emergence of a new COVID-19 variant that is cause for concern.

Opposition House leader John Brassard challenged the Liberals to provide evidence the country faces the threat of another variant-driven wave when MPs are set to reconvene in the House of Commons in September. He said the extension is unnecessary.

Brassard said Parliament has proven it can adapt quickly when the pandemic flares up and suggested the Liberals should wait to see what happens in the fall rather than force MPs to spend the final days of its sitting debating the matter.

"If anyone or any institution is to signal to Canadians that we're getting back to some sense of normalcy, it should be the House of Commons," he told a news conference on Monday.

Brassard also pushed back on Liberal assertions the hybrid system of running Parliament worked well. Some committees descended into chaos because MPs appeared virtually, he said, and cited one time that the app used for voting collapsed.

Moreover, he pointed to injuries reported by interpreters who provide language translation services to MPs because of the quality of programs being used to host virtual appearances.

The NDP has said it will support the motion to extend hybrid sittings. The Bloc Québécois has not yet given its final decision on the matter.

Federal Labour Minister Seamus O'Regan praised the value of allowing MPs the chance to work from their constituency instead of spending the time commuting back and forth to Ottawa on a weekly basis.

"To have flexibility for so many MPs with young kids and families … I think we'll get even better people if we can offer some flexibility," he said Monday.

Conservative MP Laila Goodridge said she and her husband regularly travel to Ottawa from her riding in northern Alberta with their son young and believes it's time for MPs to return to work in person.

"This is not necessarily the job if you are looking for work-life balance."

Holland said the plan to extend hybrid Parliament includes a request for a parliamentary committee to study MPs' use of the virtual option and the voting app.

Monday marks the first day in months that MPs can enter buildings on the Parliament precinct regardless of their vaccination status.

It was announced last week that the COVID-19 vaccine mandate would be suspended for the area, following a government decision to lift a mandate covering federally regulated sectors like air travel and its own civil service.

One MP who welcomed that news was rural Saskatchewan MP Cathay Wagantall.

She refused to disclose her vaccination status and has been unable to take her seat in the House since the rule took effect last November.

“I'm looking forward to being in my seat on Monday, if all the details can come together to enable me to be there, " she said in a statement last Friday.

"No longer being denied my right to represent my constituents in the House of a Commons is a welcomed result and a good use of a unanimous consent motion.”

Conservative MP Colin Carrie, who had also refused to disclose his vaccination status, appeared in the House of Commons on Monday for the first time since before the mandate.

"It's been awhile," he said as he entered the building.