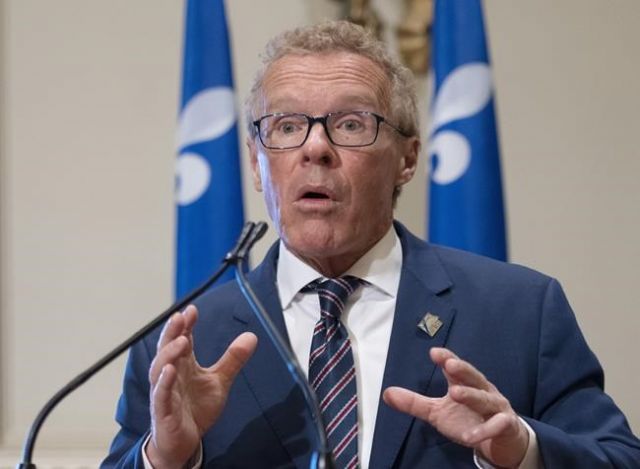 While Quebec’s official immigration targets have remained largely stable in recent years, the real number of newcomers in the province has surged due to an increasing reliance on temporary workers who often face more precarious conditions and long waits for permanent residency, a recent study has revealed.

The publication by the Insitut du Quebec found that while non-permanent residents represented nine per cent of international immigration to the province from 2012 to 2016, that number had climbed to 64 per cent by 2019.

Three experts who spoke with The Canadian Press said the growth in temporary immigration can help companies meet their needs in a tightening labour market, but the province needs to do more to adjust to the new reality in order to better serve both newcomers and its own goals.

As of 2021, the non-profit research institute found there were nearly 177,000 workers in Quebec classified as “temporary,” made up of international students with work permits, temporary foreign workers and skilled workers. In the last four years, permanent immigration levels have been capped at 40,000 to 50,000 a year.

Mia Homsy, an economist and co-author of the institute’s report, said the increase in temporary immigration is largely due to a labour shortage as well as an increasing numbers of foreign students.

She said that historically, temporary immigrants haven't been a big part of the debate around immigration in Quebec, likely because they were such a small percentage of the total.

"Now that the trend has changed and the reality is completely different, it's important to know what's going on," she said.

Homsy said the increase in temporary immigration is good for the province because it allows companies to fill needed jobs, especially in Quebec's regions. It can also be a good thing for workers, because it can help them gain work experience and put them on a path to permanent residency.

However, many of them have permits that are closed, meaning they are linked to a single employer, "so their working conditions can be more precarious," she said.

Adèle Garnier, a professor of geography at Université Laval who researches migration, says temporary immigrants face hurdles that permanent immigrants don't. Those can include lower salaries, poorer working conditions and a lack of information on their rights as workers.

For years, she said, she and other organizations have been working to eliminate closed work permits, which can make it harder for workers to push back against abuse and can "lead to exploitation."

For Homsy, the biggest problem is the long wait times faced by temporary immigrants who want to obtain permanent residency. Currently, she said, the wait time sits at 31 months, even for those who have already received a selection certificate from Quebec — which can also take years.

Carlo Garcia, a 38-year-old worker from the Philippines, says his experience with the Canadian immigration system has been relatively smooth so far. Garcia, who is working in information technology on a skilled worker visa in Sherbrooke, Que., said he’s slowly learning French and hopes to become a permanent resident one day.

While he’s happy with the company that hired him, he said he wishes he could have an open permit to be able to take extra work from other clients and earn more money to bring his wife and two young children to Canada.

He said he’s debated eventually moving to another province because learning French — his third language — is a big challenge. But his gratitude to his employer and the city make him inclined to stay.

“With how (the company) helped us get here, as well as we've already established a connection with people here, there's a high likelihood of me staying here,” he said.

Both Homsy and Garnier say the Quebec government has been reluctant to have an open discussion on temporary immigration.

Garnier said that while temporary immigration has the advantage of being “relatively politically invisible” for a Coalition Avenir Québec government that campaigned on limiting immigration, it means Quebec isn’t taking the newcomers into account when it calculates the demand for services such as public transit, education and health.

She said the government also needs to acknowledge that temporary immigration isn't ending any time soon. “What worries me is the politics of putting their heads in the sand and acting like this is temporary," Garnier said.

While Quebec has taken steps to facilitate their arrival — such as relaxing restrictions on how many temporary foreign workers a company can take — temporary workers are officially chosen by the federal government and are less likely to arrive speaking French. Ultimately, Quebec is hoping to be transferred control of the temporary worker program "in order to exercise a greater control over this program and better respond to the needs of Quebec and its regions," the provincial Immigration Department said in an email.

Garnier and Homsy say the province needs to make more effort to ensure the workers who want to stay are given early access to French classes, and make sure their conditions of employment allow them to attend.

They also recommend the province increase its immigration targets, which could reduce wait times for permanent residency and create more certainty for both companies and workers. Homsy said the increase could come through a special program to fast-track applicants from Quebec's labour-starved regions, which could accept a few thousand immigrants per year on top of the 50,000 person a year cap.

Quebec Immigration Minister Jean Boulet rejected the idea of raising the 2022 immigration target beyond its current level of 50,000, which he said is the maximum the province can properly integrate.

The Immigration Department email said thresholds for upcoming years will be set around the time of the fall provincial election campaign.