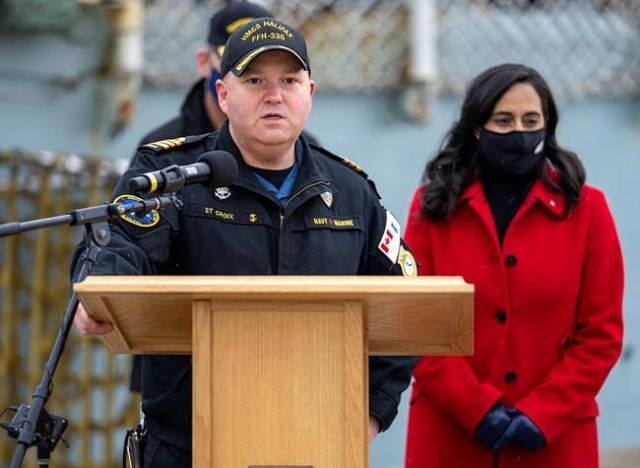 The Department of National Defence says Cmdr. Dale St. Croix has been temporarily removed from his position as commanding officer of HMCS Halifax and is under investigation.

In a statement released late Thursday, the department says the investigation "(does) not concern any sexual misconduct, harmful or inappropriate sexual behaviour."

The frigate began a six-month deployment to northern European waters on March 17 as part of NATO's Operation Reassurance, a deterrence mission in central and eastern Europe.

The navy says it's investigating several incidents that happened on-board the ship during a port visit in Swinoujscie, Poland.

St. Croix took over command of HMCS Halifax in July 2021.

Cmdr. Paul Mountford is now interim commander of the ship until it returns to port in mid-July, and St. Croix will serve in other roles within Maritime Forces Atlantic Headquarters in Canada until the investigation is done.