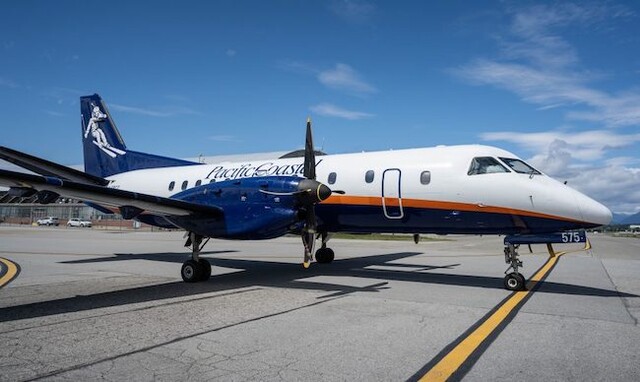 A Pacific Coastal Airlines flight dropped a nose wheel on departure from Lloydminster, Alta., on May 28.

The Saab 340B, registration C-GOIA, was en route to Calgary with 22 passengers and three crew on board, aeroinside.com reports.

As it departed the runway, the crew felt unusual vibrations from the nose gear.

After becoming airborne, the gear retracted normally, no abnormal indications occurred and the crew decided to continue to Calgary, aeroinside reports.

En route, the crew was informed that a nose wheel assembly had been found at Lloydminster.

The pilot declared an emergency and performed a flyby at Calgary. The landing gear was observed extended – the right hand nose wheel was missing, however.

The Transportation Safety Board reported that the "right nose wheel outer bearing failed due to lack of lubrication, allowing the nose wheel assembly to depart the aircraft."

Transport Canada endeavours to ensure the accuracy and integrity of the data contained within CADORS, however, the information within should be treated as preliminary, unsubstantiated and subject to change.