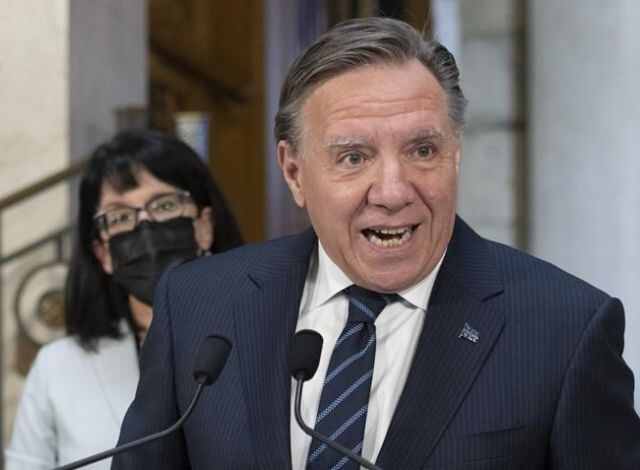 The controversial bill passed by a vote of 78-29, with the opposition Liberals and Parti Québécois opposing it.

Premier François Legault told reporters after the vote that the law is moderate, striking a balance between the positions of the Liberals and the PQ.

Prime Minister Justin Trudeau said earlier in the day that he has concerns about the effect of the bill on Quebec's English-speaking minority.

The bill extends certain provisions of the existing language law to businesses of 25 or more employees, requires immigrants to communicate with the government in French after they've been in the province for at least six months and caps enrolment at English-language junior colleges.

Anglophone groups have criticized the bill, which invokes the notwithstanding clause to protect it from constitutional challenges, on the grounds that it could limit access to health-care services in English.