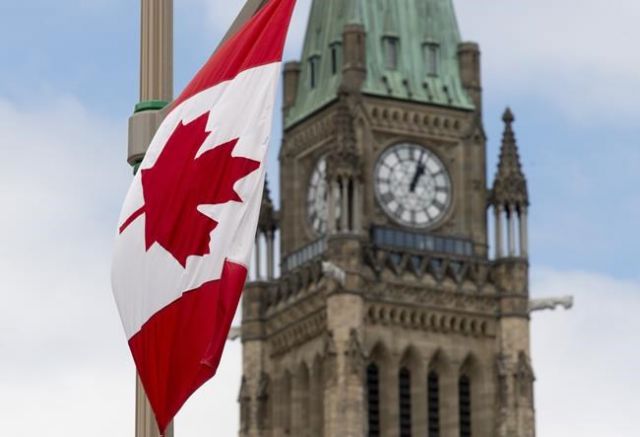 The Conservatives say the prime minister is trying to create “an audience, not an opposition" after the Liberal government introduced changes to allow midnight sittings for the rest of the spring.

The government says the proposal — known as Motion 11 — would simply organize the business of the House of Commons before it adjourns for the summer, which is scheduled for June 23.

Conservative House leader John Brassard said extending hours at the last moment has a “profound impact” on the people who work in Parliament, including interpreters and other staff.

But the justice minister said they'll only extend the hours if needed to facilitate debate on key bills before the spring sitting wraps.

David Lametti said MPs have spent 12 sitting days debating the bill to implement some parts of the fall economic statement, which was introduced in December.

That bill would create a tax credit for businesses that improve air quality and ventilation, expand the school supplies tax credit for teachers and create a fuel tax credit for farms in provinces that use the federal carbon-pricing backstop. It was adopted at report stage on Monday.

During a debate on Monday, Lametti said Liberal leadership will ensure staff, including interpreters, have advanced warning of late sitting days, adding they’re mindful of the health and safety needs of staff. The motion put forward by the government last week would allow it to extend hours at any time up to 6:30 p.m., the scheduled end of the day.

Last week, Lametti spoke to a Senate committee about a bill that would allow courts to expand the use of virtual appearances, including by witnesses and potential jurors, in light of the COVID-19 pandemic. He said the bill is going before the Senate first to try and speed its passage, because there are so many pieces of potential legislation moving slowly through the House.

“Can you imagine what will happen when we get to the budget?” Lametti asked. “We’re doing this to facilitate debate because of the obstructionist tactics by the Conservative party.”

Bloc Québécois MP Alain Therrien shot back in French that the Liberal government is undermining democracy with the help of the NDP.

NDP House leader Peter Julian argued the Conservatives have been blocking bills for months “without any explanation.”

It appears the NDP will support the government motion, even though it doesn’t fall under the terms of the confidence and supply agreement.

“What the NDP has done by agreeing to this with the Liberals is give Justin Trudeau exactly what he’s wanted for the last six-and-a-half years: he’s now got an audience and not an opposition,” Brassard said.

Meanwhile in the upper chamber, the government representative in the Senate has put forward a motion to continue hybrid sittings due to the ongoing threat of COVID-19.

Sen. Marc Gold said that's not “government policy,” but rather “to be cautious and careful out of consideration for the health and safety of senators, their families and staff.”

But other senators argue it’s another attempt to avoid accountability. Senate hours have been reduced and there have been fewer committee meetings under the hybrid model. Some pointed out the fact that the public galleries in the House are open, and most provinces have dropped pandemic mandates.

The Opposition leader in the Senate, Donald Plett, said he feels he and his colleagues are “failing to fulfil our duties as senators.”

“I acknowledge that there are ongoing challenges and uncertainties with the pandemic, but treating the Senate like it is a long-term care home is an insult to taxpayers and to the constitutional significance of a senator’s role,” Plett said during a debate.

He suggested senators are likely not quarantining at this point, and said if they’re comfortable going to church or a grocery store, “there is no reason you cannot be in Ottawa.”