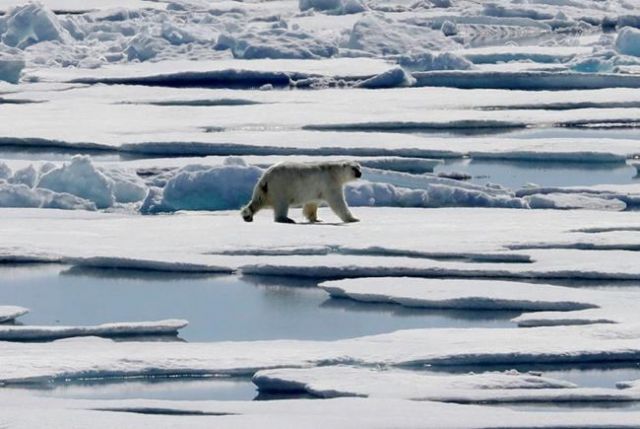 Photo: The Canadian Press
A polar bear walks over sea ice floating in the Victoria Strait in the Canadian Arctic Archipelago, July 21, 2017. A polar bear that was spotted wandering off on Quebec's Gaspé peninsula over the weekend was killed instead of being relocated, but experts say the decision to euthanize the animal was necessary. THE CANADIAN PRESS/AP-David Goldman

Wildlife experts say it was necessary to shoot dead a polar bear that was found wandering on Quebec's Gaspé peninsula over the weekend.

He says the bear was killed to ensure public safety after it was spotted in a wooded area Saturday near the town of Madeleine-Centre, Que., located about 580 kilometres northeast of Quebec City, on the south shore of the St. Lawrence River.

Ian Stirling, one of the world's foremost polar bear experts and adjunct professor at the University of Alberta's department of biological sciences, says the bear's large size suggests it had been feeding off the southern Labrador Sea, where food is abundant.

Stirling says the bear most likely ended up in Gaspé by swimming to the peninsula or floating south on a piece of ice from Newfoundland.

Prof. Andrew Derocher, also with the University of Alberta's biological sciences department, says it is standard procedure to kill polar bears that wander into regions unused to them, adding that it would have been expensive to fly the animal back north.