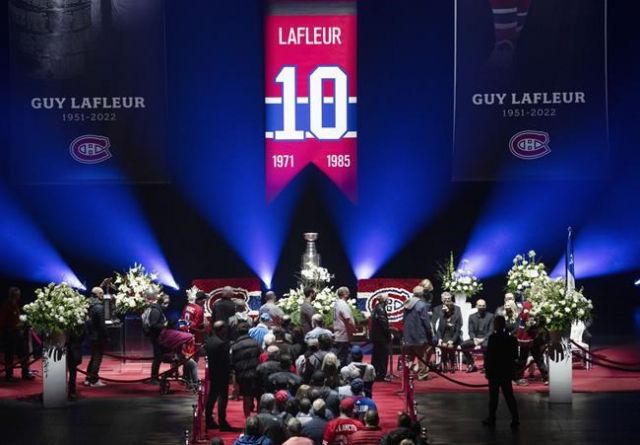 Emotions ran high in Montreal on Sunday as thousands of Guy Lafleur's fans gathered to pay tribute to the Montreal Canadiens legend.

The almost three-hour-long lineup to enter the Bell Centre, the team's current home, created a sense of camaraderie among fans of all ages — most of them were proudly wearing Lafleur's jersey.

Greggory Laberge, 55, flew in from Denver, Colorado, and exchanged laughs with the stranger waiting in front of him as he prepared to pay his respects to his hockey idol.

"He was our hero … We all wanted to be Guy Lafleur on the rink," said Laberge, who is originally from Sault Ste. Marie, Ont.

Laberge tearfully said Lafleur's on-ice example sent a powerful message to boys like him — go out and conquer the world.

Montrealer Alain Silverstone stood next to Laberge, nodding in agreement.

"He was a superstar, on ice and off the ice," Silverstone said. "He’s going to be missed, but his legacy will always live on."

Lafleur's body lay in state on Sunday, the first of two days on which people were invited to pay their respects to the Hockey Hall of Famer.

Canadiens General Manager Kent Hughes said even in difficult times, Lafleur would think of the team.

"I sent him a text message around the trade deadline to tell him I hoped his health would improve, that we'd hopefully have a chance to meet and talk to the team," Hughes said on Saturday, calling Lafleur the Montreal Canadiens hockey player of his childhood.

"He answered that he was continuing to fight and that he hoped to one day meet in person."

Quebec Premier François Legault, who previously called Lafleur the "greatest player in the history of the NHL," spoke to the media after visiting Lafleur's casket with his wife.

"Guy Lafleur was unique, he was a great player and to be united is something important right now. With guys like Guy Lafleur, we are all together, waiting to pay tribute. He has to inspire us for the future."

Legault, 64, said it was scary to see Lafleur die so young.

"I've got all kinds of souvenirs … I lost my father young, he was 59-years-old. I remember moments I had with my father watching Guy Lafleur and hearing the crowds saying Guy! Guy! Guy! That was something."

Montreal Mayor Valérie Plante also spoke to reporters, acknowledging people from all over the world who came to the city for this occasion.

"It shows that Guy Lafleur was loved," Plante said. "I spoke with a lot of residents who told me Guy Lafleur made them proud. He touched a lot of people with his generosity, authenticity, passion, and talent."

She reiterated her desire to find a place to create a lasting tribute to honor Lafleur.

"We need to make sure that Montreal forever remembers this legend," Plante said.

Among the fans who made the trip to commemorate Lafleur was Alex Landreville. He was standing away from the main crowd, reflecting on Lafleur's accomplishments at the base of the player's statue located outside the Montreal Canadiens' arena, where flowers and handwritten notes had been laid out.

Landreville, who lives in Ottawa, is part of the younger generation who never got the chance to see Lafleur play.

He, however, woke up at 6 a.m. on Sunday to drive his dad and uncle to Montreal for the visitation — both men from whom he's heard stories about Lafleur's exploits.

"Not missing this was important," Landreville said. "I knew how big he was, you can hear people going crazy right now."

A national funeral for Lafleur is also scheduled for Tuesday and will be held at Mary, Queen of the World Cathedral in downtown Montreal. 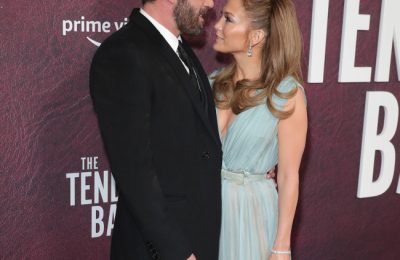