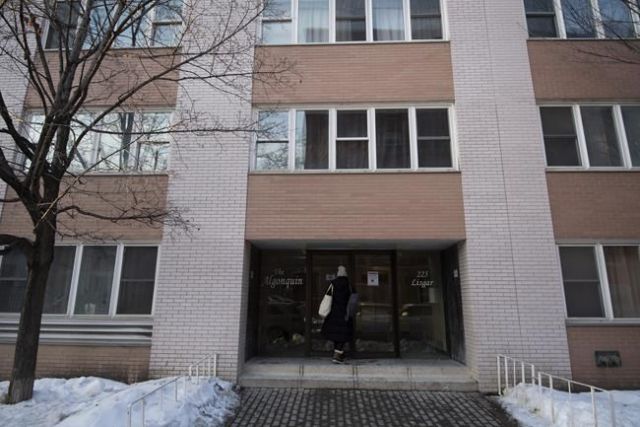 Photo: The Canadian Press
A person enters an apartment building on Lisgar Street, in downtown Ottawa, where two men have been charged in what appears to be an attempt to start a fire in the building’s lobby, on Monday, Feb. 7, 2022. THE CANADIAN PRESS/Justin Tang

A second man has been charged with trying to set fire to a downtown Ottawa apartment building in early February.

The charges have not been tested in court and police said Wernik will be in court at a later date.

In March, 21-year-old Connor Russell McDonald was charged with the same offences. Both men are from Ottawa.

Police say there’s no information to suggest either of them was involved with the freedom convoy protest, which brought the downtown core to a standstill for three weeks in February.

Resident Matias Munoz told The Canadian Press in an interview at the time that he found the carpet of the building's lobby charred, with blackened fire-starter bricks strewn across the room, the day after the incident.

He said the building manager showed him surveillance video that showed two men lighting a package of the bricks in the lobby and securing the front door handles together before leaving through the side door at around 5 a.m. on Feb. 6.

The video also showed a different man enter the building and put the fire out a short while later, said Munoz at the time.

No one was hurt, but there are more than 100 units in the building and residents said they were frightened about what might have happened.

Politicians and police officials have said the protest led to a sense of lawlessness downtown, as officers were diverted to Parliament Hill and bylaws went unenforced elsewhere in the core.