RCMP in Grande Prairie search for suspect after theft of police weapon, gear 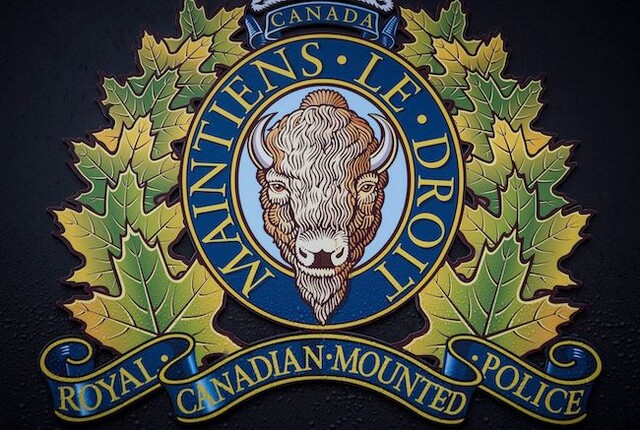 RCMP in Grande Prairie, Alta., are searching for a man they say has stolen a police weapon and key parts of an RCMP uniform.

A statement from the Grande Prairie detachment says officers first spotted the man and a woman in a stolen vehicle just before 11 p.m. Wednesday.

They say the vehicle veered off the road while trying to flee and officers were able to arrest the woman, but the man ran to an unlocked police cruiser and drove off.

The vehicle has since been recovered, but RCMP say an officer's patrol jacket, tuque, handcuffs and body armour are missing, along with a 40mm Extended Range Impact Weapon, which looks like an assault rifle but shoots low-velocity sponge rounds.

RCMP believe the suspect has stolen a second vehicle in the Spirit River area, north of Grande Prairie and they are now looking for the man or a brown Jeep Grand Cherokee with Alberta licence plate CCB 0087.

They say anyone spotting either the suspect or the Jeep should not approach and should immediately call Grande Prairie RCMP or their local detachment.