Vaccinated travellers will no longer need a COVID-19 test to come to Canada: source 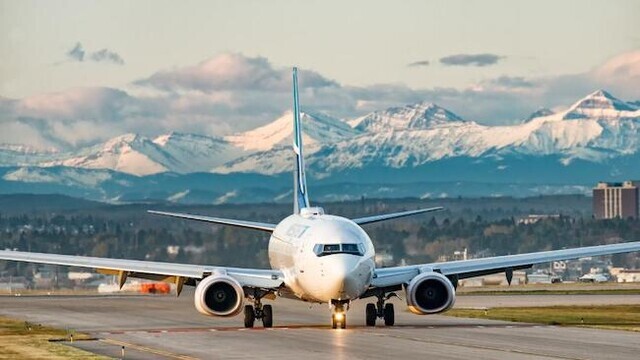 Vaccinated travellers will no longer require a negative COVID-19 test to come to Canada as of April 1, according to a source in the federal government.

The source, who is not authorized to speak publicly about the upcoming policy change, said an official announcement is expected later this week.

The change is welcome news, just in time for the tourist season, said Perrin Beatty, president of the Canadian Chamber of Commerce and co-chair of the Canadian Travel and Tourism Roundtable.

"We've seen the collapse of our international tourism and convention business over the course of the last two years, and were on the cusp of losing the summer tourist season as well," Beatty said.

He said anything the government can do to remove friction at the border will help convince people to come to Canada rather than go elsewhere.

It'll also make it easier for Canadians to return home after an international getaway this summer.

In February, Health Minister Jean-Yves Duclos announced travellers coming to Canada would be able to present a negative rapid-antigen test at the border as an alternative to a more costly and time-consuming molecular test.

At the time, he said he would consider easing COVID-19 travel restrictions further if the epidemiological situation continued to improve, hospitalizations diminished and Canadians continued to get their booster shots.

He also said the government would move away from stiff restrictions now that Canada has more tools to deal with the pandemic.

“These tools include the strong surveillance system, a highly vaccinated population, continued access to vaccines, access to therapeutics both in and outside our hospital system and increasing access to rapid tests,” Duclos said on Feb. 15.

While the United Kingdom announced plans to drop all COVID-19 restrictions on travel, including a vaccine requirement, the United States and Australia still require a negative COVID-19 test to enter their countries.

While Canada's handle on COVID-19 cases has been improving over the last several weeks, the World Health Organization says rates have begun to creep up in Europe and other parts of the world.

The global weekly case count is trending up by eight per cent, according to the WHO's latest update, while case counts in the Americas have declined by 20 per cent.

The highest numbers of new cases were reported from the Republic of Korea, Vietnam, Germany, Netherlands and France.

Beatty said the government has been reactive in the past when it comes scaling restrictions up and down as COVID-19 waves have come and gone over the last two years.

He hopes to see the government prepare for the fall, in case COVID-19 picks up again, so Canada can handle it without stiff restrictions and lockdowns.

The federal government will be lifting pre-arrival COVID-19 testing requirements for vaccinated travellers at the end of the month.

Citing government sources, CTV News is reporting travellers will not have to show proof of a negative test at the border as of April 1

Passengers may have to take a random PCR test at the airport and will continue to have to use the ArriveCan app.

The feds are expected to formally make the announcement Thursday.