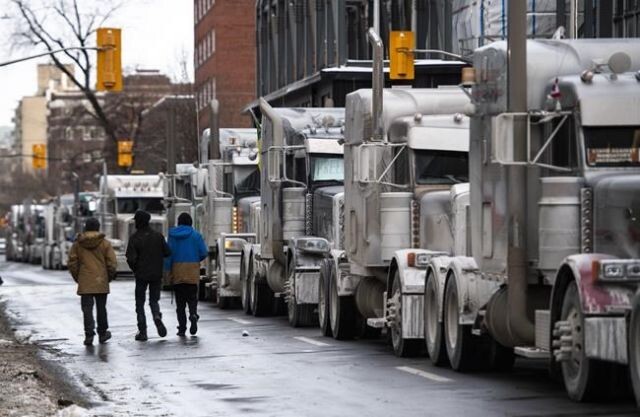 An Ontario court has extended to March 9 a freezing order on funds donated to the recent Ottawa convoy protest, as a class-action civil suit against protest organizers continues.

Parties in the case have agreed to move some donated funds and cryptocurrency into escrow, which could be redistributed to affected Ottawa residents and business owners should the class action succeed.

Norman Groot, a lawyer representing some convoy protest leaders, says Christopher Garrah, Benjamin Dichter and Nicholas St. Louis have agreed in principle to moving donated funds within their control to an escrow account.

Groot notes the funds that Garrah, Dichter and St. Louis have agreed to move to escrow might not account for all the cryptocurrency that was donated, and he proposed parties meet next week to take stock of what has been transferred.

An escrow agent will oversee the transferred funds, and will be permitted to change the passwords for cryptocurrency.

The class-action lawsuit seeks a total of $306 million in damages related to the three-week anti-government convoy protest near Parliament Hill that snarled traffic, shut businesses and plagued residents with near-constant honking.