Tory motion calling for plan to remove mandates voted down 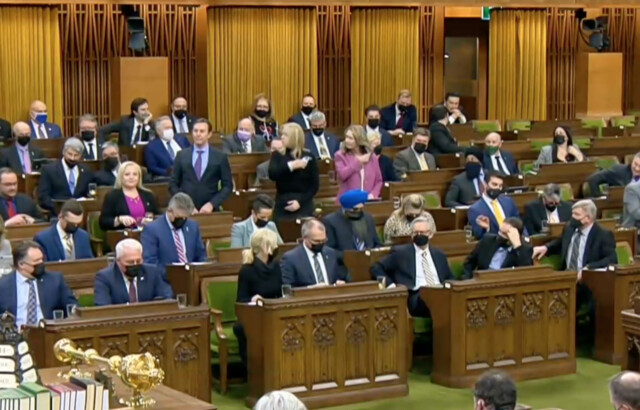 Federal Conservatives are decrying a vote against what they argue was a reasonable motion asking the federal government for a plan to lift remaining COVID-19 restrictions.

The Tories unveiled the non-binding proposal as part of a regular opposition day motion.

“Canadians just want their lives back. Conservatives are calling on the Trudeau government to follow the evidence; follow the science, and table a plan to quickly end all federal mandates and restrictions. Canadians deserve a plan — it’s time the Prime Minister gave them one," said interim party leader Candice Bergen when the motion was announced.

Liberals and New Democrats voted against the motion, while members of the Bloc Québécois joined the Conservatives in the vote this afternoon in the House of Commons.

WATCH: MPs vote on Conservative motion calling for a plan to end Covid mandates and restrictions