GoFundMe will no longer donate Freedom Convoy funds to charity, will only issue refunds 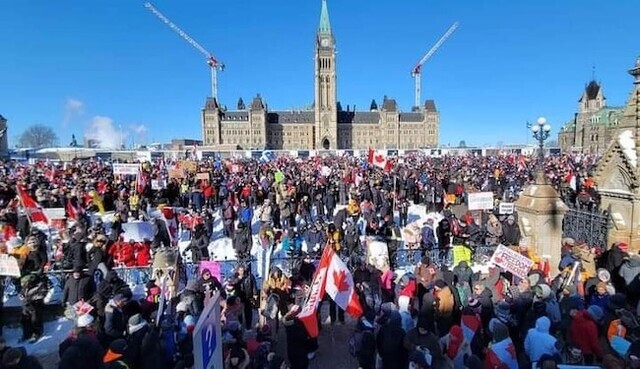 Crowdfunding platform GoFundMe says it's changed its plans for the millions of dollars raised in support of protesters who have been encamped in downtown Ottawa for more than a week.

The company pulled the fundraiser from its site on Friday evening, saying police evidence suggested it had devolved into an "occupation, with police reports of violence and other unlawful activity," and pledging to either refund the money raised or redistribute it to charities chosen by the protest organizers.

But GoFundMe has since published a blog post stating it's changed its mind in response to "donor feedback" and will now only be issuing refunds.

GoFundMe says those who donated to the Freedom Convoy campaign will not need to submit refund requests and can expect to see their money returned within seven to 10 business days.

GoFundMe previously said it removed the fundraiser because it violated the site's terms of service, which prohibit the promotion of violence and harassment.

An initial $1 million of the more than $10 million raised was released to organizers earlier this week.