Montreal's Chinatown, threatened by development, to be granted heritage status 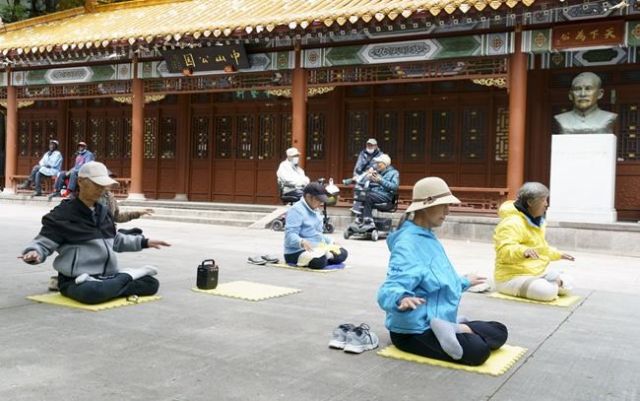 The shrinking heart of Montreal's Chinatown will be granted heritage status by the province to protect it from excessive development and gentrification, municipal and provincial officials announced Monday.

Culture Minister Nathalie Roy told a virtual news conference that the province had signed an official notice of intent to grant heritage status to the "institutional core" of Chinatown as well as two of its best-known buildings, including a former school building from 1826 that now houses a noodle manufacturer.

The designation "protects our heritage and will allow the community to bring to life those emblematic and important sites in our common history," Roy told the news conference.

Community leaders have been calling for years for the city and province to act to protect Chinatown. Hotels and luxury condos have sprung up around the ornate red and gold gate that marks the neighbourhood's south entrance, towering above the busy dumpling restaurants and mom-and-pop stores.

Roy said the heritage status requires owners to preserve the historic character of their buildings in Chinatown and to receive approval from the Culture Department for any significant changes.

Montreal Mayor Valérie Plante, speaking alongside Roy, announced that Chinatown would become "the very first identified historic site in Montreal" -- something she said would send a signal to developers that they need to respect the area's heritage.

More concretely, she said the city will modify its urban plan to ensure that future development in the downtown neighbourhood respects specific criteria regarding building height, density and architecture.

She said an interim regulation will be put in place to prevent major projects from being approved until the plan is finalized later this year -- a process that also involves public consultations.

Plante said the rules aim to strike a balance between protecting the "spirit" of Chinatown without putting the brakes on real estate transactions or all future projects.

"We have to find a balance between how the city is built and evolves, and keep that soul that is so important," she told the news conference. In particular, she said new rules on height limits and density will preserve Chinatown's "human-scale," walkable character.

Montreal's Chinatown, like many others across North America, has been shrinking in recent decades as the older, once cheaper, buildings near downtown have been gobbled up by developers. It is the last "significant historic" Chinatown in Quebec, the province said.

Much of it was already torn down in the 1960s and 1970s to make way for big projects including a large government office complex.

Jonathan Cha, a member of Montreal's Chinatown Working Group, said Monday's announcement was a "big moment" for a neighbourhood that has suffered periods of "oppression, discrimination, expropriation and demolition."

But while he praised the announcement, he said it has its limits. Heritage status, he noted, protects the buildings themselves but not the community that surrounds and inhabits them.

"Chinatown is also a living environment, so we need to make sure people can still live," he told the news conference. "We need community housing, we need places to work, places to worship, places to collaborate, places to meet."

He said community leaders need to figure out how not only to protect the buildings it has but also to revitalize underused spaces and ensure the services people need are maintained.

Plante said that heritage protection is a "big step," but not the only one -- especially in a neighbourhood that she acknowledged is becoming increasingly unaffordable for its traditional residents.

She noted that the city published a plan for Chinatown last year that outlined priorities including heritage protection, revitalizing business and pedestrian traffic and boosting affordable housing. It followed two years of consultations with some 600 stakeholders, including local residents, shop owners and advocates.

The Chinese Association of Montreal said in a press release that it welcomed the heritage designation and was particularly hopeful that it would lead to "improved community access to housing, health and social services, cultural development and green space."