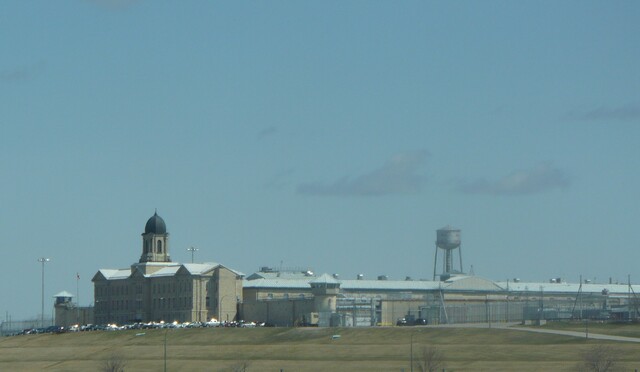 Police in Winnipeg say a multi-jurisdictional investigation has found drones have been used to drop large quantities of drugs into federal prisons.

Insp. Elton Hall with Winnipeg police's organized crime unit said officers were beginning a probe into firearms trafficking last year after an increase in crimes involving guns in the city.

Investigators learned drugs were also being transported through the crime network.

They also learned drugs were being brought into Stony Mountain Penitentiary in Manitoba and Collins Bay Institution in Ontario using drones.

Hall said a "very sophisticated drone" was being used.

"It's a really big drone that can carry a large amount of weight," Hall said during a news conference Thursday.

Hall showed an image of a drone that was used. The red and black device was carrying a large package high up in the air.

Twelve people were arrested in multiple cities last month and face a slew of charges.

Hall said shutting down a trafficking ring will have a significant impact on violent gun crime in Winnipeg and elsewhere in Canada.

"In my opinion, this is probably the most important investigation we've had here to date," Hall said.