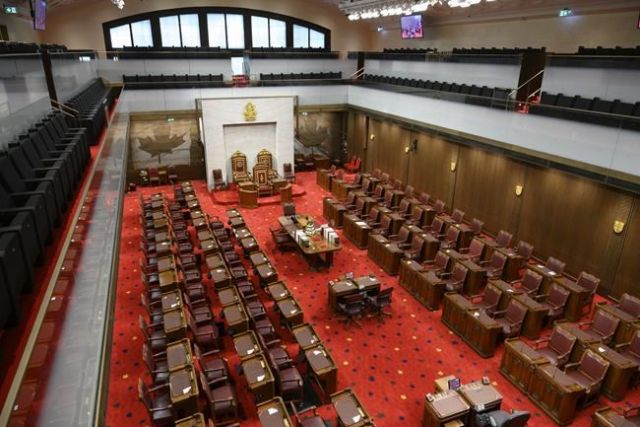 Photo: The Canadian Press
The Senate of Canada building and Senate Chamber are pictured in Ottawa on Monday, Feb. 18, 2019. Canada's Senate is taking an additional week off before resuming work. CANADIAN PRESS/Sean Kilpatrick

Canada's Senate is taking an additional week off before resuming work in Ottawa.

After consulting with the leadership of the various groups in the upper house, Senate Speaker George Furey says the chamber will remain adjourned for an extra week, until Feb. 8.

Under Senate rules, the Speaker can extend an adjournment if the public interest does not require the upper house to meet as originally scheduled.

During the brief postelection parliamentary sitting that ended on Dec. 17, the government prioritized three bills, all of which were fast-tracked through both the House of Commons and the Senate before the holiday break.

However, there are no other government bills currently before the Senate.

The House of Commons is scheduled to resume sitting on Jan. 31.