U.S. urged to use 'Sully' to help Canada, allies get PS752 compensation from Iran

Use 'Sully' to help Canada 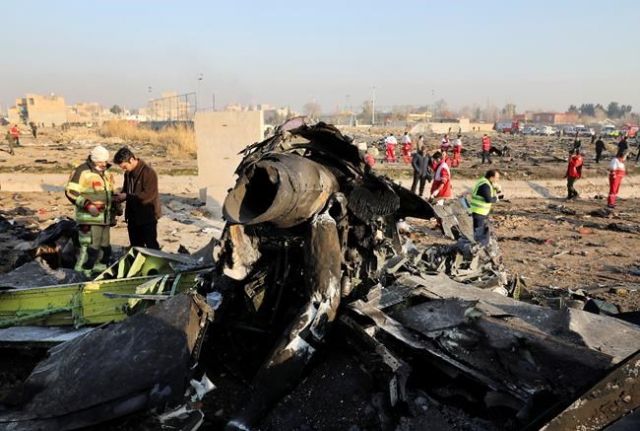 Photo: The Canadian Press
Debris at the scene where a Ukrainian plane crashed in Shahedshahr, southwest of the capital Tehran, Iran, Jan. 8, 2020. Canada and its allies are being urged to aggressively reach into the Iranian government's pocket and seize assets to compensate for the regime's downing of Ukraine International Airlines Flight 752 two years ago.
THE CANADIAN PRESS/AP-Ebrahim Noroozi

Canada and its allies are being urged to aggressively reach into the Iranian government's pocket to find assets to compensate for the regime's downing of Ukraine International Airlines Flight 752 two years ago.

That includes a call to use U.S. President Joe Biden's new high-profile ambassador to the world's international aviation watchdog – Chesley "Sully" Sullenberger, the pilot who heroically landed a plane on water outside New York City more than a decade ago – to spearhead that effort.

The Washington-based Foundation for Defence of Democracies says the U.S. should target the money Iran collects from international airlines for using its airspace for overflights.

It says Sullenberger has a part to play in his new role as the newly appointed American representative to the Montreal-based International Civil Aviation Organization.

At issue is how to compensate families and loved ones of the Jan. 8, 2020 tragedy that saw Iran's Revolutionary Guard shoot down Ukraine International Airlines Flight 752 shortly after it took off from Tehran airport.

All 176 people on board were killed, and the majority had links to Canada.