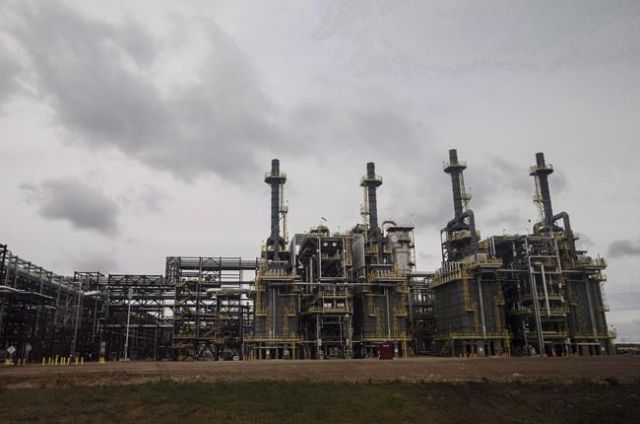 Photo: The Canadian Press
A processing unit is shown at Suncor Fort Hills facility in Fort McMurray, Alta., on Monday September 10, 2018. Alberta doesn't have a good grasp of the overall environmental impacts of the oilsands a decade after implementing the monitoring that was supposed to provide it, internal government documents suggest. THE CANADIAN PRESS/Jason Franson

Alberta doesn't have a good grasp of the overall environmental impacts of the oilsands a decade after implementing monitoring that was supposed to provide it, internal government documents suggest.

In July, Alberta Environment and Parks surveyed dozens of scientists and other participants in the Oilsands Monitoring Program, a joint federal-provincial program that has run under various names since 2012 and is funded by an annual $50-million levy from industry. A copy of that survey was obtained by The Canadian Press.

Of the 112 people surveyed, 26 responded. They expressed concerns from a lack of overall direction to poor communication to an arbitrary and inadequate funding cap being gradually nibbled away by inflation.

"We still have significant concerns with the ... program's ability to develop a robust, world-class monitoring program as intended," said a response from the Alberta Environmental Network, which has delegates on several of the program's technical committees.

It points out that funding has remained unchanged since 2012 despite inflation, amounting to a nearly nine-per-cent cut.

"We know of no independent analysis suggesting $50 million is adequate," the network said.

As a result, it says, crucial questions are going unanswered.

Despite the fact wetlands cover about a quarter of the oilsands area, funding for wetlands research was more than halved in 2021-22 after being cut two-thirds the previous year. Terrestrial monitoring, which looks into the status of plants and animals, was cut by two-thirds for the coming year after a 50 per cent cut last year.

The network said no research has been funded into the risk posed by industry's toxic tailings ponds.

No one from Alberta Environment and Parks responded to a request for comment on the survey.

Most survey respondents reported there was little communication and co-ordination between different scientific groups.

"Communication in the (program) sucks," one respondent wrote.

"It is clear that members of committees have no clear direction on the purpose and priorities of the program," wrote another.

Several said the program gathered useful data, but did nothing with it.

"There were a significant number of work plans that included monitoring activities, but no analysis," said one.

Most respondents said decisions on which research would be funded were inconsistent and came too late to prepare for that year's field season.

"To fund an employee's position one year but not the next, but possibly the year after that is poor management," said one comment.

The survey did not include numerical breakdowns of its responses.

Mandy Olsgard, who represents Indigenous communities on several program committees, said in an interview that no overall plan guides research decisions. Instead, funds are granted based on proposals from individual researchers.

"We see arbitrary cuts to work plans or technical components that aren't based on science," she said. "It's just trying to get to that ($50 million) number.

"It's not to say the data's not there. It just hasn't been brought together ... to say what the effect on the environment is. We don't understand the cumulative effects of oilsands mining right now, full stop."

Kelman Wieder is a biologist from Pennsylvania's Villanova University who has been studying oilsands region wetlands for decades and has published several papers showing how development has affected them. His funding has been entirely cut.

"The approach is, let's go out and collect some data, bottle-dipping or bug-counting or whatever, put those data into notebooks, stick it on a shelf and call it good," he said.

"That doesn't seem to be the approach."

He said Alberta seems to be trying to monitor its environment on the cheap.

"I have heard repeatedly that the goal ... is to have a monitoring program that is quick, easy and cheap and can be done by people with minimal expertise. That's just a bizarre set of goals."

Wieder was firm when asked if the industry's environmental impact is well understood.

"Absolutely not," he said. "Not even close."