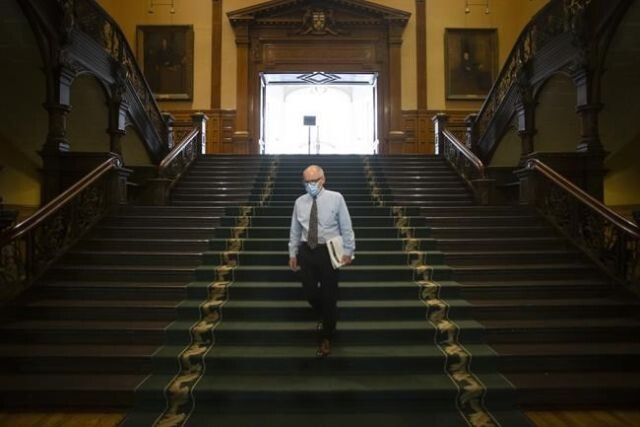 Ontario is following up on four more possible cases of the Omicron COVID-19 variant of concern that's prompted reintroduced travel restrictions around the world.

The province's top doctor says the two of the cases under investigation for the variant are in the Hamilton area and two are in Ottawa.

That's in addition to two confirmed cases in Ottawa announced Sunday — Canada's first known cases.
Chief Medical Officer of Health Dr. Kieran Moore says those people, who had recently been in Nigeria, were first tested for the virus in Montreal when they arrived in Canada.

He says public health units are also reaching out to 375 people who have returned from countries deemed by the federal government to be high risk for the variant and are offering them testing.

He says the province would also like to offer testing to all returning travellers, not just those from the seven designated countries in southern Africa.