Hydrogen instead of coal 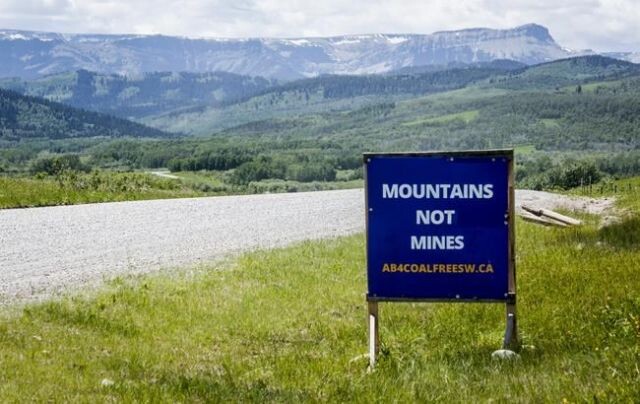 One of the Australian companies that had proposed bringing coal mining back to the eastern slopes of Alberta's Rocky Mountains now says it may build a green hydrogen facility on the site instead.

Montem Resources Ltd. said in a recent investor presentation that it is working on plans to transition its proposed Tent Mountain coal project in Alberta's Crowsnest Pass region to a renewable energy complex. The company said it wants to integrate wind and hydropower at the site to produce up to 13,000 tonnes of renewable hydrogen a year, which Montem said would make Tent Mountain Canada's first large-scale green hydrogen production facility.

Montem — which is one of several coal exploration companies that had proposed new coal mines for Alberta — said it first looked into the potential for a pumped hydro energy storage facility at the Tent Mountain site in 2019, but intended to complete its originally proposed project (an open-pit coal mine on a previously worked coal deposit) first.

However, the company said it is now re-evaluating its decision. In the last two years, there has been a rush of coal exploration across the slopes and foothills of the eastern Rockies, but the companies involved have not had an easy run, encountering public protests and political and regulatory setbacks along the way.

"As a risk mitigation strategy, and to continue our business here, we thought we would look at repurposing our assets here," said Montem chief executive Peter Doyle in an interview. "We originally wanted to do the coal mine and do the pumped hydro at the end of its life. If we bring (the hydro project) forward, we are unlikely to produce the coal at all."

Earlier this year, another Australian company, Benga Mining — which, of the coal companies proposing new mines for Alberta, was the farthest along in the development stage — had its Grassy Mountain coal project rejected by a joint federal-provincial review panel. A week later, Federal Environment Minister Jonathan Wilkinson also designated Montem's Tent Mountain project for federal review, saying it could release the contaminant selenium, an element commonly found in coal-bearing rock that is toxic to fish at high levels.

"Those two things, in a week, really kind of pushed us to make some decisions on where we spend our money," Doyle said. "We started to really heavily analyze alternative things to do with our assets at that point."

Montem continues to work toward federal approval of its Tent Mountain coal project, Doyle said, emphasizing a final decision on switching to hydrogen has not been made. He said Montem will spend the next year or so completing a feasibility study at the site, and is applying for federal funding to support the work.

If Montem decides to go ahead, the company envisions using pumped hydro energy storage like a large battery, producing renewable electricity for Alberta's grid at the same time that it powers the production of hydrogen for export markets. Doyle said the entire project could take $1-billion of investment and up to 10 years to get up and running.

"It's exciting, but it's going to take time," Doyle said. "You can't transition a coal company to a clean energy company at the flick of a switch."

Katie Morrison, spokeswoman for the Canadian Parks and Wilderness Association — one of the groups that helped to rally anti-coal sentiments in Alberta earlier this year — said if Montem goes ahead with its hydrogen plan and formally cancels its application for coal mining at Tent Mountain, it will be "a win for the coal fight in Alberta."

She added she hopes Alberta's United Conservative government takes note. The government is currently reviewing its provincial coal policy, a process it started in response to public backlash to proposed new mines.

"If the companies are seeing that writing on the wall … I think that's something the Alberta government should be paying very close attention to," Morrison said. "This is the trend, this is what Albertans are saying, that they don't want coal in our Rocky Mountains. And the government should follow suit with policy."