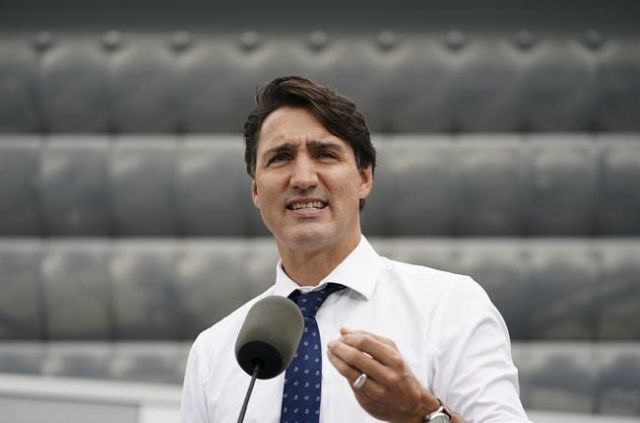 As the federal party leaders are promising billions in new spending on the campaign trail, a look at their office expense accounts show what the taxpayers are spending pennies on.

The office Trudeau runs as MP for Papineau in Montreal — not prime minister — submitted the charge on his office expenses in March. It submitted another eight-cent “copy charge” last September.

The office for NDP Leader Jagmeet Singh, who represents the B.C. riding of Burnaby South, claimed one cent from the taxpayer in July 2020, also for photocopier charges.

It submitted another four-cent expense in March 2021, and for five cents in September 2020.

The Canadian Taxpayers Federation said it was surprised the politicians’ offices were charging for such small sums — particularly while families struggled to cope financially in a COVID pandemic.

“They don’t think we are paying them enough?” asked Franco Terrazzano, federal director. “They need to squeeze every last penny from taxpayers?”

MPs are entitled to legitimate expenses incurred in the running of their parliamentary and constituency offices. These expenses, categorized as contracts, include the cost of rent and day-to-day expenses such as office supplies, cleaning products, advertising and photocopies.

There is no suggestion that the submissions by Trudeau or Singh's offices are improper and the offices of many other MPs also charged for copies in a range of amounts.

The expenses also vary from MP to MP, which the House of Commons says can be linked to the size or location of a given constituency. In the most recent quarter for which the data on is available, the figures in the contracts category ranged from just under $84,000 to below zero.

Brook Simpson, a Liberal party spokesman, said the seven- and eight-cent charges were "in relation to Justin Trudeau’s work as the MP for Papineau, specifically the work done by staff at his constituency office to serve the people of Papineau."

"Under the House of Commons’ contract for the constituency office’s printer, MPs are allotted a certain number of pages. Mr. Trudeau’s office would have exceeded the allotment under the House of Commons’ contract. His office did not file an expense for these amounts. When the number of pages printed exceeded the contract’s allotment, there was an automatic expense against his budget," he said.

In the past, Trudeau has said that as a member of Parliament he takes "full personal responsibility for the financial administration" of his office.

Singh’s office staff said his constituency office records every expense the taxpayer pays for, down to the last penny. This includes the photocopy and fax charges from the House of Commons photocopier and fax machine they use in their constituency office.

George Soule, and NDP spokesman, said: "The charges are set and automatically deducted by the House of Commons."

An examination of the three main party leaders’ office expense claims during the last financial year, shows that Conservative Leader Erin O’Toole’s office submitted two $12.90 claims in 2020 for a French language learning site, which allows subscribers to listen to the news in “slow French.” Students can increase the speed as their French improves.

O’Toole has made no secret of the fact he has been working to improve his French-language skills.

The expenses, which are published on the House of Commons website, were made by offices the party leaders ran as constituency MPs. They had other offices as prime minister, leader of the Opposition and NDP leader.