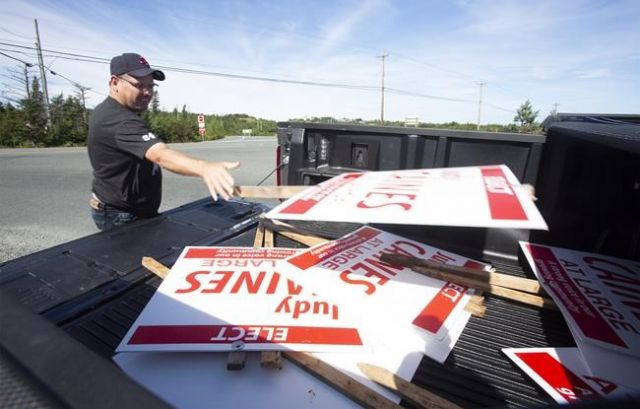 Advance polls in three of Newfoundland's seven federal ridings reopened Sunday after hurricane Larry forced them to shut down for a day.

Elections Canada opted to shutter the polls in the ridings of St. John's East, St. John's South-Mount Pearl and Avalon after the storm caused widespread damage and power outages along the Avalon Peninsula.

Spokeswoman Françoise Enguehard says the decision was made out of an abundance of caution, noting local officials asked residents to stay home and give crews a chance to clean up from the storm.

But Enguehard says advance polls in all three ridings were back up and running as of Sunday.

She says there will be no additional day of advance voting in those ridings to make up for the one lost, noting those wishing to cast an early ballot have until 9 p.m. Monday to do so.

Advance polling opened across Canada on Friday and is set to run for four days ahead of election day on Sept. 20.

Larry made landfall as a Category 1 storm along the island's south coast late Friday night, bringing sheets of rain and sustained winds of up to 130 km/h across much of the eastern part of the province.

Elections Canada initially said opening of advance polls in the three ridings would be delayed as officials assessed the damage caused by the storm.