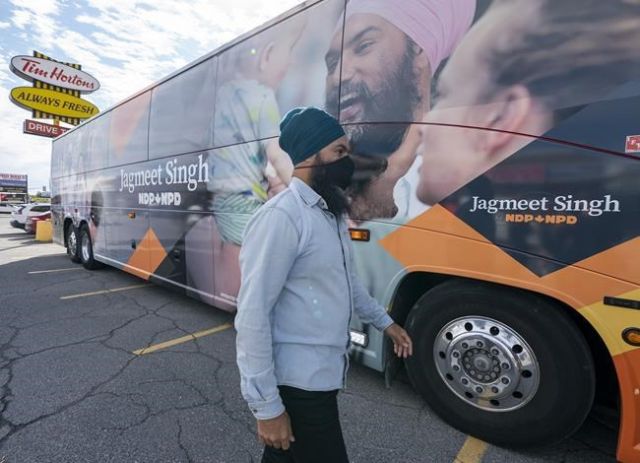 Photo: The Canadian Press
NDP leader Jagmeet Singh in makes his way back to his bus following a campaign stop in Sudbury, Ont., Sunday, September 12, 2021. THE CANADIAN PRESS/Jonathan Hayward

NDP Leader Jagmeet Singh hammered in on the billions of dollars of lost tax revenue from corporations and billionaires today as he placed the blame on Liberal Leader Justin Trudeau's inaction.

At a campaign stop in Sudbury, Ont., Singh says one of his party's top priorities was raising taxes on the ultra-rich and closing the loopholes that have allowed corporations to avoid paying taxes in Canada.

He says that while Trudeau has talked about tackling these problems, he has not done enough about them.

The NDP is promising to increase funding for the Canada Revenue Agency by $100 million to increase enforcement, though Trudeau has boosted the CRA budget by hundreds of millions while in office.

Singh is also proposing to require corporations to prove their offshore dealings are legitimate, and publicly report on corporate taxes.

Trudeau said at a campaign stop on Montreal's South Shore that he has raised taxes on the wealthy, but that there needs to be a balance between taxes and economic growth.