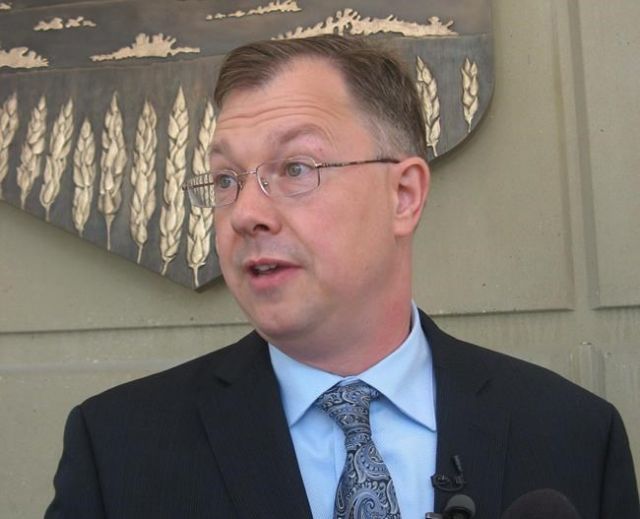 The president of the Justice Centre for Constitutional Freedoms is stepping away from the Alberta-based organization after admitting to hiring a private investigator to follow a Manitoba judge.

The Justice Centre's board said effective immediately John Carpay is taking an indefinite period of leave.

"Surveilling public officials is not what we do. We condemn what was done without reservation," the board said in a news release Tuesday.

The Justice Centre is supporting multiple churches across the country in court challenges against COVID-19 public health orders. Carpay's admission of hiring surveillance to watch a Manitoba judge overseeing the case in that province was widely condemned.

Chief Justice Glenn Joyal held a special hearing Monday after learning a private investigator had been hired to find embarrassing information about him breaking public health regulations. Joyal said he realized he was being followed when he left the courthouse and a person, who appeared to be a teenage boy, also went to his home and spoke with his daughter.

Joyal has yet to rule on the case involving seven Manitoba churches, represented by the Justice Centre, who are challenging public health orders. He said his decision would not be influenced by his experience being followed by the private investigator.

But he admonished Carpay for interfering in the administration of justice.

"If we are now in an era where a sitting judge, in the middle of a case, can have his or her privacy compromised as part of an attempt to gather information intended to embarrass him or her, and perhaps even attempt to influence or shape a legal outcome, then we are indeed, in unchartered waters," Joyal said Monday.

The Justice Centre's board said it was not aware of Carpay's plan. It said if the board had known "it would have immediately brought it to an end."

The board said an interim president will be appointed and there will also be a review of operations and decision-making at the organization.