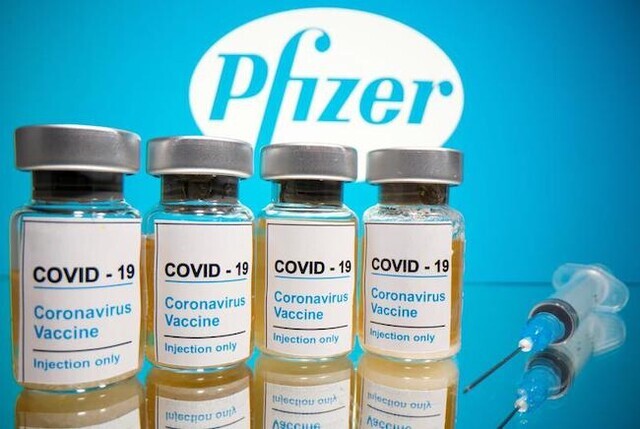 Prime Minister Justin Trudeau says he hopes to see COVID-19 vaccines roll out in Canada early next year, but warns that won't bring an immediate resolution to the pandemic currently seeing a resurgence in several provinces.

The prime minister says news from Pfizer today that one of its vaccine candidates appears very effective in clinical trials is "very encouraging" but won't help anyone who catches the virus in the meantime.

His comments come after a weekend that saw the two provinces hardest hit by the pandemic report record-breaking daily case counts.

Quebec reported 1,397 new cases on Sunday and Ontario reported 1,328, nearly 200 more than the record it had set the previous day.

The number of new infections stayed above 1,000 in Ontario on Monday, with 1,242 reported.

Canada has bought the rights to 20 million doses of Pfizer's vaccine, if it proves effective and Health Canada approves it for use here, and Trudeau said the government would purchase more if the initial round goes well.

The company said in a news release that early results from a large-scale trial show its vaccine is 90 per cent effective at combating the virus.

"We hope to see vaccines landing in the early next year but between now and then it's really really important that we double down on our efforts," Trudeau said.

"We need to make sure we are controlling the spread of COVID-19 in the coming months so that when vaccines get here we will be able to act quickly to protect all Canadians."