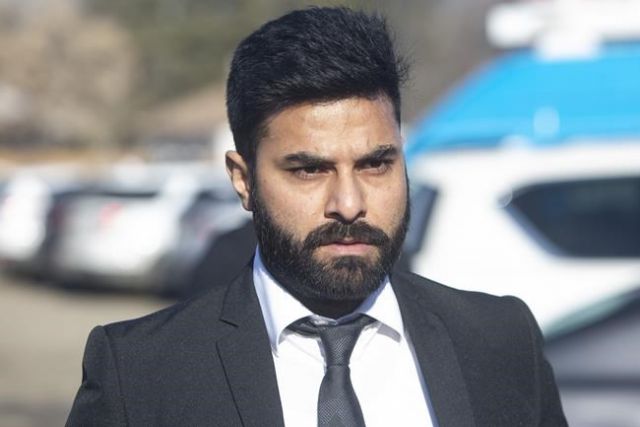 A lawyer representing the truck driver responsible for the deadly Humboldt Broncos bus crash says his client wants to stay in Canada once released from prison.

Jaskirat Singh Sidhu was sentenced to eight years after pleading guilty to 29 counts of dangerous driving in the crash that killed 16 and injured 13 others.

Court heard Sidhu blew through a stop sign at a rural intersection on April 6, 2018, and into the path of the Saskatchewan junior hockey team's bus, which was taking players and staff to a playoff game.

During sentencing arguments, defence counsel said Sidhu had immigrated to Canada from India with his now wife, and would likely face deportation because he's a permanent resident convicted of a serious offence.

Calgary-based immigration lawyer Michael Greene says Canada Border Services Agency needs to look at all the circumstances of Sidhu's case in deciding whether to issue a deportation order.

He says Sidhu is someone who is well-educated, fluent in English and extremely remorseful for the collision.

“I’m hoping that people in the public, just like the (border agency) officers, will be open to seeing the good in him," Greene said Thursday.

"(Sidhu and his wife) would like to be able to continue on the path they were on before this terrible tragedy — and that path includes being able to raise a family in Canada.”

Michelle Straschnitzki, whose son Ryan was paralyzed from the chest down in the crash, said she has sympathy for Sidhu's family living in Canada.

But she doesn't think he deserves to be able to stay and carry on with a normal life after his sentence ends.

"I would argue that there's 29 people who don't get to have a fresh, new life and because of his negligence — which is putting it lightly — it doesn't really lend itself to that," Straschnitzki told The Canadian Press.

Scott Thomas's son, Evan, was one of the Broncos players killed. He forgave Sidhu in court and said he's kept in touch with Sidhu's wife while her husband has been in prison.

"He's a broken man and I don't think ... anymore purpose will be served by sending him away from the country, where he clearly wants to be with his wife," Thomas told The Canadian Press.

"I don't know specifically what he's been through in prison, but I know he's in a prison in his mind for sure. I know he struggles with this every day and he'll continue to no matter where he is."