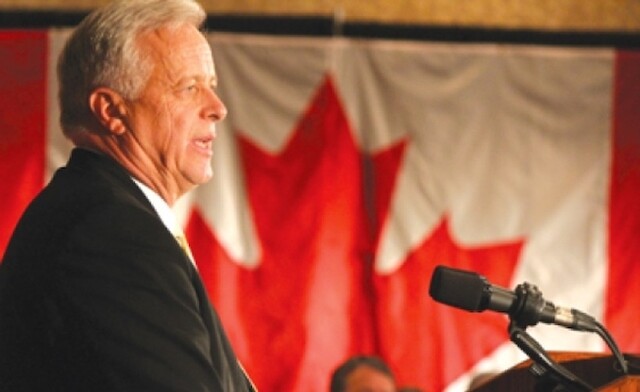 The Alberta-based separatist party announced the news Tuesday. Hill, a longtime politician from Fort St. John, takes over from party founder Peter Downing, and will stay on as leader until a new one is elected at its first convention.

"I have been watching with great dismay the developments on the federal government scene and I'm very concerned about the direction the country's going in," Hill told the CBC.

"I came to realize that it will not matter to Western Canada who wins the Conservative leadership race and who forms the next government … because in the end, governments have to cater to the golden triangle of Toronto-Montreal-Ottawa and the West will never get a fair deal."

Hill was first elected as a Reform Party MP in Prince George-Peace River in 1993. He retired from politics as a Conservative MP in 2010, and served as House Leader for Prime Minister Stephen Harper. He now lives in Calgary.

Greg Hammond of Fort St. John was also named to the board.

The party was granted federal eligibility by Elections Canada in January and plans to nominate 104 candidates in ridings across Western Canada.