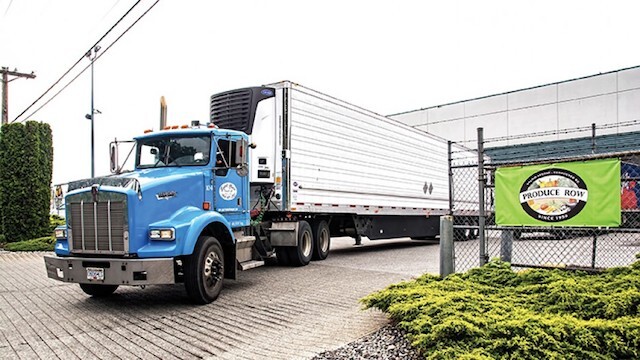 In the early days of the COVID-19 pandemic lockdown, panic buying and hoarding led to shortages of, all things, toilet paper.

Politicians urged calm and assured citizens that supply chains were intact and that they would not run out of food or other essentials.

That remains largely true, although Canadians may already be paying more for beef, now that so many slaughterhouses in North America have had to shut down due to COVID-19 outbreaks.

On the other hand, so many restaurants have closed that the lower demand could offset a sudden decrease in meat production in North America.

But link by intricate link, the global food supply chain is being stretched in myriad ways. As economies begin to reopen, it is hoped that the damage will be short-lived and quickly repaired.

One expert thinks it will be three months before the full effect of the current supply chain interruptions are fully known and felt.

“I think we’re at the tip of the iceberg on this,” said Kevin Kenny, chief operating officer of Decernis, a global food supply chain intelligence firm. “You have all kinds of problems that are going to start bubbling up, depending on how long this goes on.

“Those supply chain things take a while to work their way through the system. So, ironically, things could be completely back to normal three months from now – I don’t think they will be – and that’s when the supply chain issues are really going to get in full force. It’s still 90 days off yet before the real problems start hitting.”

Those problems could include food fraud, shortages of some types of food, spices and coffee and increasing prices.

There is generally about three to four months of inventory in the food supply chain, which is why the impacts may not be felt for about three months, said Harish Krishnan, professor of operations and logistics division at the University of BC’s Sauder School of Business.

"I think we will see some of those disruptions on the fresh (produce) side. Disruptions will arise because of breakdowns in farmers being able to pick fruit or harvest crops in other ways. I don't want to be alarmist about it, because I think there are ways in which people will adapt."

“Indonesia is a mess right now, so if you’re used to Indonesian or Sumatra coffee, I’d stock up if I were you,” Kenny said.

And that virgin olive oil you buy a few months from now may not be as virgin as you think. Because Spain is a major producer of olives for Italian olive oil and because it has been hit so hard by the COVID-19 virus, Kenny expects some producers may substitute canola or other oils. The same might go for honey.

But less-than-pure olive oil and a sudden shortage of Sumatran coffee are very First World problems. For the Third World, famine is a real threat – not necessarily due to a lack of global food production, but because of breaks in the supply chain.

•a decrease in labour at meat processing plants due to COVID-19 outbreaks;

•a sharp drop in demand for food from the widespread closure of restaurants and hotels;

That all adds up to a lot of sand in the cogs of the highly complex machine that is the global food supply chain.

“All through the supply chain right now, particularly when you are trying to import something into Canada or import something in to the United States, you’ve had challenges along the way with air freight,” Kenny said. “The cost of it has gone crazy because there’s not the civilian flights that normally take place.

“All shipping has gotten to be a little bit more expensive, and you’ve had a fair amount of problems with things coming through customs, simply because there were not enough customs people.”

He added that eastern European grain-producing countries are already pulling up drawbridges in the name of domestic food security, which could reduce the availability of flour to countries like Italy.

There is a real possibility that the virus containment measures will kill more people through starvation than the virus will, according to some experts.

David Beasley, executive director of the United Nations’ World Food Programme, is warning that 300,000 people could starve to death every day over a three-month period in some poor counties, as a result of the pandemic and its impact on economies and supply chains.

A lot depends on how quickly economies restart and normal trade resumes. It also depends on how deep and long a global recession lasts and whether there is a sequel to the current pandemic.

A worst-case scenario would be a second wave that forces another global lockdown.

“Then you’re really in for something really, really bad,” said Mahesh Nagarajan, professor and chairman of the operations and logistics division of the University of British Columbia’s Sauder School of Business “That is just not likely to happen, I think.

“Right now, my sense is that the risk is not imminent of something like that happening. I don’t see an immediate impact on the food supply chain here. Yes, there are shocks that happen, like the Cargill meat plant. Those are temporary shocks that are going to keep happening. Those will get smoothed out. Those are not long-term effects that would cause dramatic food shortages in the West.

“If it [COVID-19] starts spiking up again, dramatically, then we are looking at new policies that would severely restrict the capacity of global supply chains. There’s going to be a lot of impacts.”

Currently, one of the biggest effects has been on the demand side of the equation. With so many restaurants closed, there is sharply reduced demand for many farm products. Millions of gallons of milk are being dumped daily, animals are being slaughtered and landfilled, and crops plowed under.

“You guys already have a problem with potatoes, in a big way,” Kenny said. “If all these restaurants and hotel services are closed, you’ve got a million potatoes that aren’t going to get converted into French fries.”

“This is really tragic because, on the one hand we’re seeing more people line up at food banks, but we’re also seeing cases where farmers are forced to destroy tens of millions of pounds of fresh food that they can no longer sell,” Aurélie Harou, a food security expert at McGill University, said at a recent food security talk sponsored by the institution’s Max Bell School of Public Policy.

Canadian ranchers and farmers produce a lot of products that are exported and face a sudden decreased demand. Harou said the World Trade Organization is forecasting a 13% to 32% decline in global trade.

“Of course this is also going to affect the food supply both internationally, globally and within Canada,” she said.

Added Kenny: “You’re going to see, for sure, pain, but it’s probably still three months off, on fruits, on vegetables. Of course, we’ve seen things that are missing in supermarkets right now, but that’s really people going out and hoarding things. It’s not so much supply related. The supply-related issues I still see as coming.”