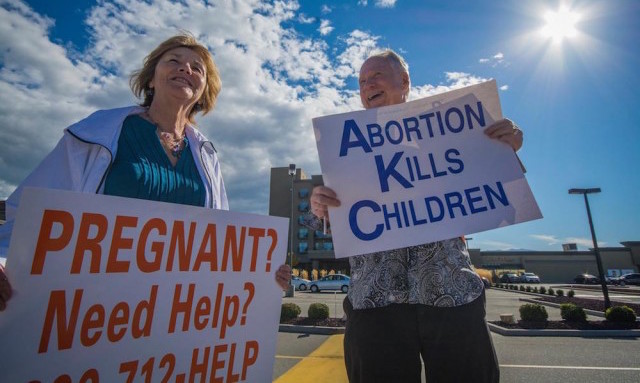 A new poll reveals a wide disparity in opinions on abortion between Canadians and Americans.

The past few months have brought intense legislative activity on the issue in the United States, with six states passing laws to ban abortion if a fetal heartbeat is detected, and one more only allowing the procedure if the mother is at risk.

The Research Co. survey revealed almost half of Canadian respondents (46%) feel abortion should be legal under any circumstances. That proportion jumps to 54% in Quebec and British Columbia.

A similar proportion (43%) think the procedure should be legal only under certain circumstances, and just one in 20 (5%) would ban abortion altogether.

But, only 28% of Americans think abortion should be legal under any circumstances, 48% would keep it legal only under certain circumstances, and 19% say the procedure should always be illegal – 14 points higher than in Canada.

Republican Party supporters are the least likely to endorse legal abortion in all cases (18%) and the most likely to call for an outright ban on the procedure (26%).

The divisions are also striking on revisiting nationwide discussions on abortion. More than half of Canadians (53%) continue to feel there is no point in reopening debate about abortion, while 37% think a debate on abortion is long overdue.

Meanwhile, in the U.S., almost half of Americans (46%) believe a debate about abortion is long overdue, while two in five (39%) think there is no point in reopening the discussion.

"The surveys show that, as an issue that can motivate voters, abortion remains more contentious in the United States," says Research Co.'s Mario Canseco.

With a federal election looming in Canada, abortion could resurface in the campaign, he said.