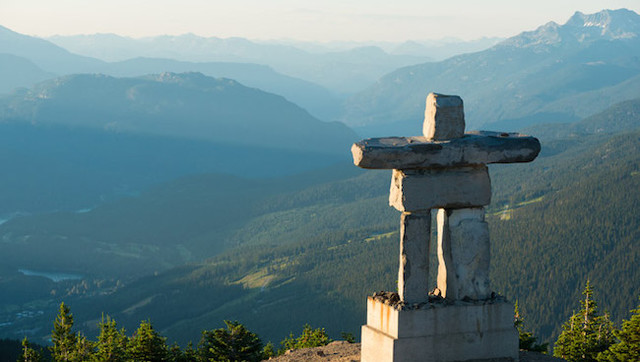 The federal government is considering how to legally enshrine Indigenous people's ownership of traditional culture — from songs to art to the use of medicinal plants.

Ottawa has signed agreements with the Assembly of First Nations and the Metis National Council to explore ways for Aboriginal communities to control and benefit from their cultural knowledge.

"We want Indigenous people to understand ... that their traditional knowledge and traditional culture expressions are protected in a manner they feel comfortable with," said an official, speaking on background, from Innovation, Science and Economic Development.

It's an attempt to reconcile western individualist concepts with Aboriginal ideas of common inheritance. It must balance ownership against stewardship and temporary rights with permanent protection.

"When it comes to First Nations knowledge and cultural expression, every copyright, trademark or patent regime does not accommodate First Nations interest," said Stuart Wuttke, an AFN lawyer who was in Geneva last week for international meetings on the issue.

The question has deep roots in Indigenous communities, said Niigaan Sinclair of the University of Manitoba's Native Studies Department.

"This is absolutely huge," he said. "Indigenous peoples are treated like mines. We're like things to be extracted and stolen from and then turned back to those communities and charged triple the price."

Canada is just at the start of a long and complex discussion, said University of Ottawa law professor Jeremy de Beer. Copyright law may not even be the right way to address it.

"Copyright and patent law lack the legal tools to allow for truly collective ownership of content or ideas. It's a poor fit."

The Constitution guarantees Indigenous people the right to a cultural heritage, de Beer said, but it may be up to the courts to decide what that means.

"I won't be surprised to see this issue arising in litigation in the context of (the Constitution)."

There are few precedents aside from the well-known Igloo trademark on Inuit art that was transferred to an Inuit organization in 2017.

Part of any talks will be about protecting Indigenous intellectual property. Another part will be on setting terms for its use by non-Aboriginals.

"There's ability for outside parties to gain some of that knowledge," said Wuttke. "It is possible, but there's a process involved instead of someone just taking the knowledge and registering it, and they become the owner of it."

Engagement is the difference between appropriation and what Sinclair calls appreciation.

De Beer said it will be crucial for copyrights around Indigenous knowledge to be led and designed by the people who will be most affected.

"The most important thing is that Canadians not attempt to define for Indigenous peoples what protection of Indigenous people's traditional knowledge or cultural expression should look like."

What happened at the Vancouver Olympics — an Inuit Inukshuk was used as a Games symbol without consultation — should never happen again, said Sinclair.