A viral video showcasing how an American hunter used a spear to kill a black bear in Alberta, is prompting a hunting update.

In large part because of the video shot by Josh Bowmar, spear hunting is now being banned in Alberta.

The video, posted on YouTube by hunter showed a bear being baited before the spear, with a camera attached, was launched at the animal from 11 to 14 metres away. The video also showed the man celebrating when the bear was hit.

After the video caused an uproar on social media, the province consulted with hunting groups and Alberta Environment and Parks received more than 3,900 responses from the public about the new regulations.

The Canadian Press reports the province has updated hunting rules to ensure big game animals do not suffer unnecessarily and to discourage reckless hunting.

Spears and spear-throwing tools such as atlatls are no longer allowed for big game hunting. Rifles, shotguns and conventional archery gear will still be legal.

The maximum penalty for using a prohibited weapon is $50,000 fine and one year in jail. If threatened or endangered species are involved, the penalty doubles.

The new rules will also require larger shotgun pellets to ensure the animal is killed quickly.

The updated rules come into effect in time for the 2018 hunting season. 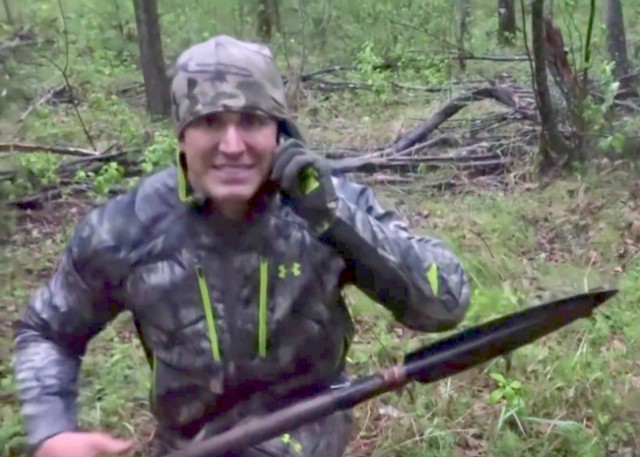