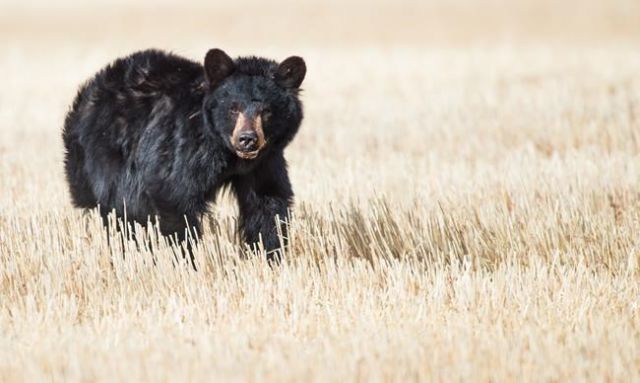 A wildlife biologist says a young injured black bear that has been wandering alone west of Calgary for weeks has not built up enough body fat or grown a thick enough fur undercoat to survive the winter without help.

The small bruin was spotted hobbling in a field in late September with an apparent injury to one of its back legs. That prompted calls for the Alberta government to allow a wildlife rehabilitation charity to intervene.

The province has said the animal should be left alone and has suggested it could heal while it hibernates. Anyone who approaches the bear risks being charged and fined.

More than 6,700 people have signed an online petition urging the government to allow the bear to be treated.

Biologist Lisa Dahlseide says the bear was seen as recently as Sunday, when it attracted a crowd of onlookers near the small community of Redwood Meadows.

She says the animal has been able to move over greater distances than it had been several weeks ago, when it stayed mostly in the same spot.

"It's great news because it shows that he's healing," Dahlseide said Monday.

"However, I feel that it was a bit too late in the game for this time of year. He had such a long period of time when he wasn't mobile, where he lacked getting the nutritional content that he needed to prepare for hibernation."

Alberta Environment and Parks did not immediately respond to a request for comment.

Bears need to consume 20,000 calories a day in preparation for their winter slumber, Dahlseide said.

The Cochrane Ecological Institute, which has been rehabilitating and rescuing wildlife for a half-century, has for weeks wanted the bear to be brought to its facility for care.

But provincial rules in place since 2010 prohibit the rescue, rehabilitation and return to the wild of a number of animals, including black bears.