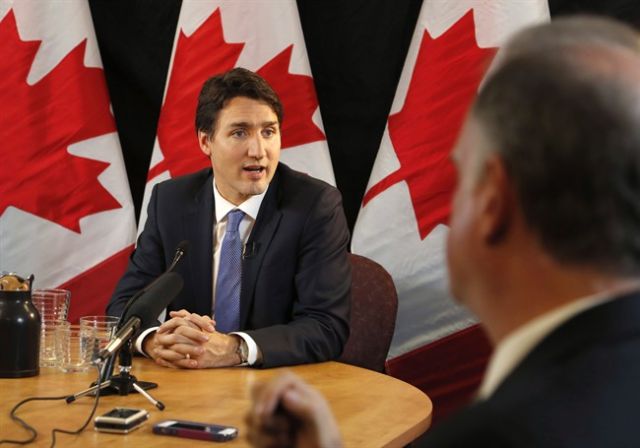 Ensuring Canadians have access to federal information will mean more — and sometimes difficult — public scrutiny, but ultimately it will lead to better government, the prime minister says.

The Liberals will conduct a "proper review" of the decades-old Access to Information Act with the aim of figuring out "what is actually going to work," Justin Trudeau said this week in a wide-ranging roundtable interview with The Canadian Press.

He reaffirmed the new government's commitment to modernizing the federal access law, which has changed little since coming into effect on July 1, 1983, when Trudeau's father was prime minister.

It was an era when steel filing cabinets full of paper greatly outnumbered personal computers holding digital files, and many complain the access law has not kept pace with technological change or greater expectations of transparency.

The legislation allows applicants who pay $5 to request information in federal files, such as briefing notes, studies, correspondence and expense claims.

Ideally, requests are supposed to be answered within 30 days, but departments and agencies often take much longer. Not all agencies are covered. Cabinet records are almost completely off-limits for 20 years. And officials can withhold a wide range of information, including advice from bureaucrats and lawyers, security-related material and correspondence from other governments.

Information commissioner Suzanne Legault, an ombudsman for users of the law, recently said she was struggling to clear a backlog of some 3,000 complaints from dissatisfied requesters.

During the election campaign, the Liberals said government data and information should be open by default, in formats that are modern and easy to use.

Trudeau has asked Treasury Board President Scott Brison to work with Justice Minister Jody Wilson-Raybould on a review of the access law to ensure the information commissioner is empowered to order government files to be released — something she cannot do now.

He also wants Canadians to have easier access to their own personal information and says the law should be extended to ministerial offices — including his own — as well as to the administrative institutions that support Parliament and the courts.

In the interview, the prime minister made it clear he was not wedded to those changes alone.

"Access to information is about better governance, and it's about ensuring that the decisions we take are thoroughly justifiable on a broad level," he said. "And that's not always easy, but it is certainly what's going to lead to better outcomes."

In a broad sense, the federal government must dispense with the notion that secrecy is necessary for decision-making behind the doors of cabinet, caucus and the bureaucracy, said Sean Holman, an assistant professor of journalism at Mount Royal University in Calgary.

"That's really the test of openness for any kind of access-to-information reform in this country."

Certain classes of records, such as audits and ministerial calendars, should be released as a matter of course so "we get used to the idea that government should be operating in the sunlight, not in these darkened, private spaces," he said.

Legault tabled a report earlier this year recommending dozens of changes to the access law — the latest in a long line of calls for reform. She welcomes the prospect of a federal review, but hopes it happens "in a timely manner."

"The fact that this isn't something the government appears to be doing immediately is concerning in and of itself," he said.