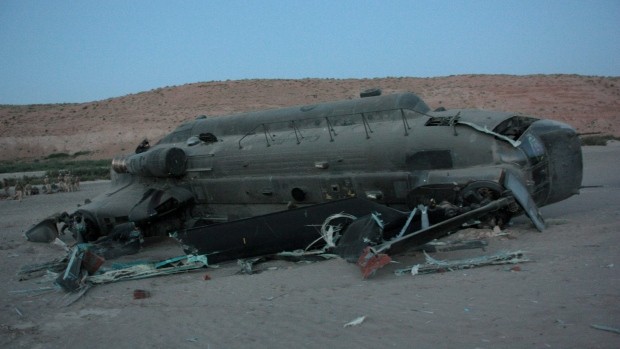 Canada's military authorities misled and stonewalled the country's information commissioner and the media over records related to a helicopter crash in Afghanistan, an investigation has found.

The probe found the Department of National Defence promised the Office of the Information Commissioner of Canada to make a report on the incident public by a certain date, even though it knew it couldn't deliver.

"When providing assurance to our office regarding a publication date, integral stages of the investigation had not yet commenced," Allison Knight, the information office's senior investigations director, wrote in a letter this month to The Canadian Press news agency.

"Our office concludes that (National Defence) provided unreasonable time frames, which formed the basis of the assurances given to our office."

In March 2014, National Defence told the commissioner's office that the report into the crash that had occurred during a landing in May 2011 would be made public by the end of May 2014. In light of that assurance, the news agency agreed to discontinue a complaint it had filed.

However, the promised report failed to materialize.

The broken promise sparked a rare self-initiated complaint by the information commissioner's office into the department's actions. What they found was unprecedented, Knight said.

"Based on my research as well as conversations with our intake and statistics staff, I could only find one instance — your file — where the OIC self-initiated a complaint based on an assurance that a record would be made available by a given date (and) that was then not followed by the department," Knight told the new agency.

National Defence ultimately published details of its investigation, which blamed pilot error and fuzzy procedures, in March 2015 — almost four years after the crash, 18 months after the news agency first requested the report, and 10 months after the publication date the military promised the information commissioner's office.

In a weekend email, the military said it had given the commissioner’s office a target publication date "as a courtesy” based on the best information it had.

The commissioner's office also found the military failed to justify why it had blacked out all but one page of a draft 17-page report it had initially provided The Canadian Press in October 2013. The military said it had censored the information under an access law related to ongoing investigations. When the information investigator pressed for details, National Defence simply restated the redactions had been properly applied.

The commissioner's office disagreed, finding the military had flouted the law related to redactions.

“The Department of National Defence considers the exemption of certain documents critical to maintaining the integrity of ongoing investigations,” Capt. Alexandre Munoz told The Canadian Press on the weekend.

The crash, which injured several soldiers and destroyed the $45-million chopper, occurred in a remote region of the Panjwaii district in Kandahar province, forcing the military to abort what was to have been one of Canada's final combat missions in Afghanistan.

The report by the military's directorate of flight safety into what had gone wrong was, for years, conspicuous by its persistent absence. Such reports are normally posted within six to 12 months.

The news agency first asked for the report or any drafts in September 2013. In response, National Defence released the 17-page document — with 16 pages blacked out — a year later.

The Canadian Press, which had a reporter aboard the doomed Chinook, appealed the extensive redaction to the information commissioner's office — at which point the department made the publication-date promise.

“While the delay is unfortunate, flight safety investigations require a thorough review to ensure that all appropriate actions are undertaken to prevent incidents of the same nature from recurring,” Munoz said.

However, the report wasn’t a top priority because the air force stopped using the Chinooks a few months after the crash, he said.