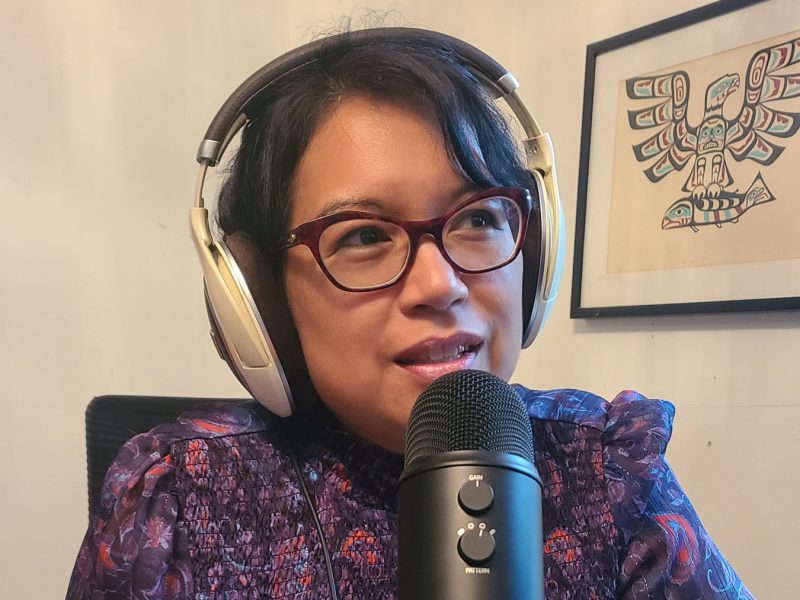 Frances Maddalozzo, a Master of Education graduate and research assistant at Thompson Rivers University (TRU), believes in leading with her heart, every time. So in May 2021, when she found herself drawn to a course called Privileging Indigenous Oral Traditions and Storywork in International Indigenous Research, she knew it was meant to be.

“I really felt called to be in that course,” says Maddalozzo, a practicing Catholic who wants to engage in meaningful reconciliation efforts with Indigenous peoples. “At times you just have to listen to your heart which guides you.”

Little did the masters student and her classmates know that on May 23, as their course was underway, more than 215 graves of children as young as three years of age would be confirmed at the former Kamloops Indian Residential School.

“It was heart-wrenching for everyone in the class,” says Maddalozzo, “including our instructor Mukwa Musayett (Shelly Johnson).”

In December 2016, TRU announced Dr. Mukwa Musayett — whose Saulteaux name was given to her in ceremony by the late Saulteaux Elder Bill Whitehorse and which means ‘I’m walking with bears’ — from Saskatchewan’s Keeseekoose First Nation, as the country’s first Canada Research Chair in Indigenizing Higher Education. The Government of Canada announced Mukwa Musayett’s renewal at TRU in June 2022.

“Mukwa Musayett is an extremely transformational leader,” says Maddalozzo. “It was through her leadership as an educator, during that very vital time in history, that we saw the gaps in education. In a respectful manner, she gave us space to understand the nuances of our own identity, and that’s what allowed me as a Catholic to be heavily invested in this, to be part of the solution.” 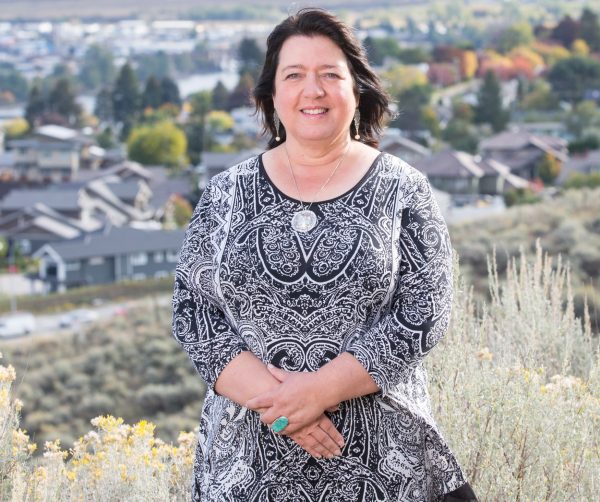 After the conclusion of the research course, students expressed a desire to do more. So, their instructor invited them to do just that.

“My Indigenous doctoral education transformed the ways in which I teach and conduct research into issues that matter to Indigenous peoples,” says Mukwa Musayett. “It encouraged my support of four master’s students in the . . . course to share what they learned beyond its conclusion, in whatever way they determined.”

Maddalozzo was ready to rise to the challenge.

“After Professor Mukwa Musayett asked if anyone wanted to do anything with the education we received, my choleric temperament said ‘yes, I want to start a podcast.’”

“We didn’t know what steps to take,” says Maddalozzo, “but we were willing to learn.”

Maddalozzo registered for TRU’s asynchronous self-directed Introductory Podcasting Masterclass course, facilitated by Brenna Clarke Gray, co-ordinator of educational technologies in the Open Learning Division. The graduate student then taught and guided her colleagues on the team.

After months of learning and working with the university to ensure they met the standards for ethical research, which ensures the wellbeing of everyone involved – especially Indigenous participants and students listening to the podcast – the students recorded their first of three episodes in the Indigenous Podcast Series: Privileging Oral Traditions Past, Present And Future.

“In the first episode, Meet The Team, we introduce ourselves and talk about how our course was the steppingstone to bigger things, including the podcast,” says Maddalozzo.

The second episode, Equipping Educators Wth The Tools Towards Reconciliation, features Maria Lucas, a Black-Métis lawyer who specializes in Aboriginal law and Indigenous legal traditions. Maddalozzo and Lucas discuss the significance of the United Nations Declaration of the Rights of Indigenous People and the long-awaited papal apology to Canada’s Indigenous communities. Lucas shared her perspective of being an Indigenous Catholic and wanted to air the episode before the papal visit in Edmonton, which propelled Maddalozzo, with the support of Dr. Mukwa Musayett, to do just that.

In the third episode, TRU student Chuying Jiao speaks with Laura Grizzlypaws of the St’át’imc (Lillooet) Nation about Indigenous Language And Culture Revitalization. A noted language and cultural advocate, Grizzlypaws is also an educational developer in Indigenous Education at the Centre for Excellence in Learning and Teaching at TRU.

“(The students’) self-determined graduate student research, ethics journey, podcast planning, development and implementation, and national CSSE (Canadian Society for the Study of Education) conference presentation was by their own design; despite the fact that none of them had previously completed an ethics application, podcast or conference proposal,” says Mukwa Musayett. “The students can reach international, First Nations, Métis and Christian audiences that I cannot. I am immensely proud of their commitment and determination to further decolonization, reconciliation and Indigenization.”

Upon reflection, Maddalozzo considers the importance of listening to and honouring Indigenous voices.

“Listening to the stories of Indigenous people — from the past, the present and the future — is important, and really reflecting on what we hear is vital,” she says. “We also have to come as a learner and be committed in reliance with Indigenous people, because they can’t do it alone.”

Looking ahead, Maddalozzo remembers what Dr. Kevin Lamoureux, education lead for the National Centre for Truth and Reconciliation, told a group of educators when he addressed the Kamloops School District in 2021: “He said, ‘You might not have been part of the problem, but you can be part of the solution,’” says Maddalozzo. “After listening to Indigenous peoples, reflecting on their words and recognizing one’s positionality, we can come to find meaningful ways to give back.”