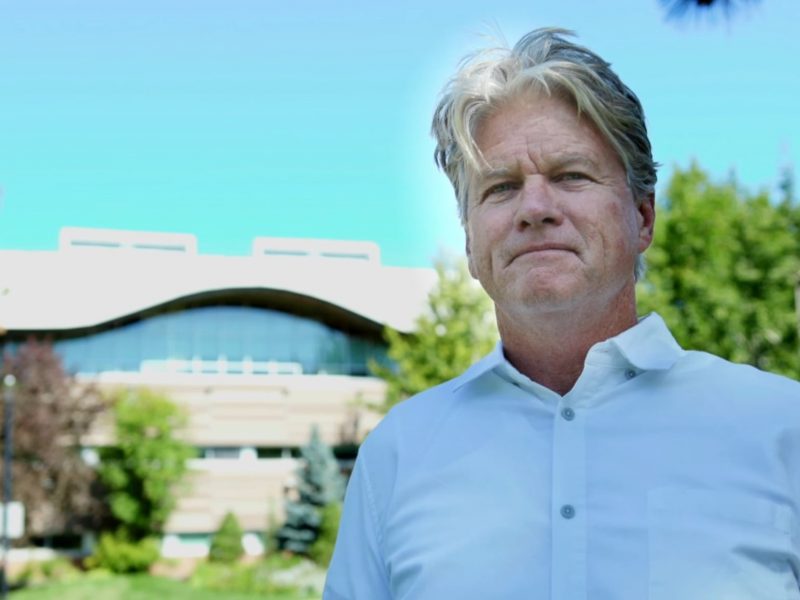 The Norma Quinn Memorial Law Bursary will be awarded to the same two students over three consecutive years, to help them complete their education.

Quinn’s donation not only supports law students, it also supports Limitless —TRU’s largest-ever fundraising campaign that has a goal of raising $50 million by the end of 2020, coinciding with the university’s landmark 50th anniversary. So far, $42.3 million has been raised.

“The meaning of the award is to honour my mother who was a very, very smart lady but never had an opportunity to get an education,” Quinn said.

In Ottawa during the Great Depression, Norma Quinn lived in a household that included her husband, her parents, her brothers and other extended family—who were all weathering economic downturn.

“In a normal circumstance, mom would have been able to pursue higher education and that didn’t happen for her,” Quinn said.

During the Second World War when her husband went overseas, Norma Quinn worked for the Canadian government. After the war ended, she had children and remained in the home from then on.

“She always really pushed for us three boys to become educated,” Quinn said. “I was lucky enough to go to school and respected the fact that I lived in a society that, even without money, you were able to have those opportunities.”

Quinn said today’s students are taking on bigger debt than when he attended law school. Noting that it’s even more difficult for single parents, he and his family decided to support those students in particular. They donated $250,000 to create two ongoing bursaries of up to $5,000 each that follow single-parent students through all three years of law school.

“Frank Quinn has been an exceptional lawyer in Kamloops as well as having a significant impact on our city’s growth as a real estate developer,” said TRU law faculty member Brad Morse. “Knowing him as a law student at University of Ottawa many years ago, I’m delighted but not surprised by his generous donation that will have a profoundly positive impact on two single-parent law students for generations to come.”

Quinn is an honorary chair for the Limitless Campaign, a past director of the TRU Community Trust and a past member of the Board of Governors of TRU and the University College of the Cariboo. He was also a fierce advocate in the establishment of TRU’s law school.

Learn more about Limitless at tru.ca/limitless.