Strange dreams return after week off from weed 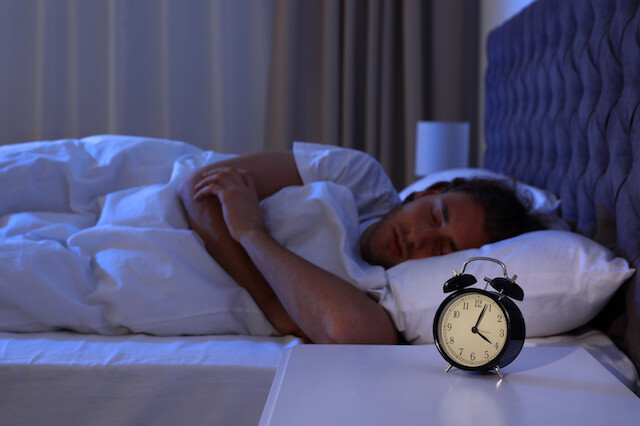 I’ve had a nasty cold for the past week. The sore throat, headache, stuffy nose, chills, and cough have been bothersome.

I’ve laid off the weed to help recover. That’s brought the return of some wildly vivid dreams. In one of them, I kept parking at the wrong house and for the life of me, I couldn’t remember where I actually lived. I just kept driving to different houses that looked similar but not quite right. Neighbours were coming out to gawk. I can still picture their faces and expressions. And I can still feel the embarrassment.

Since I was little, I’ve been both blessed and cursed with intense and memorable dreams. I’ve even written a few of them down—and they sometimes cover pages.

These days though, I smoke a lot of pot. And those late-night movies presented by my resting brain have generally been put on pause. It got me wondering how weed affects dreaming and sleep.

Even as far back as the 1970s, studies have shown that high amounts of THC suppress REM sleep.

The acronym REM stands for Rapid Eye Movement sleep, named after the random movement of the eyes. It’s generally the stage of sleep where dreams come from. REM is different than other types of sleep, and it brings electrical bursts from the brain stem. It’s a useful sleep stage.

“During REM sleep, your brain processes new learnings and motor skills from the day, committing some to memory, maintaining others and deciding which ones to delete,” according to Sleep Foundation.

It’s believed because cannabis decreases the amount of REM sleep, the result is fewer and less memorable dreams. This isn’t to say that cannabis will suppress everyone’s dreams.

As someone who’s done a fair share of science reporting, I’ve seen that different studies can sometimes produce conflicting results. While most studies about cannabis and sleep thus far have happened in labs, research published in 2019 out of Swansea University in the U.K. took a different approach.

That small-scale study focused on 11 frequent cannabis users and eight non-cannabis users. Researchers had participants sleep at home in their usual surroundings. All settled into their usual bedtime routines, with one big change: For two nights in a row, they wore Hypnodyne Zmax portable sleep acquisition headbands that record EEG, EOG and EMG.

“Participants gave dream reports in three awakenings, set at two-hourly intervals on each night, and once upon morning awakening, reporting dream content and subjective ratings of the dream’s bizarreness, emotionality, and sensory experience,” says the study abstract.

Those who used cannabis took longer to fall asleep and had less REM sleep overall, yet they had even weirder dreams.

“Cannabis users reported higher (levels of) bizarreness in their dreams, but no differences were reported in dream recall or other dream measures.”

Dreams aren’t the only area of research where there are conflicting studies. In the Swansea University study mentioned above, they found cannabis delayed sleep. However, a study published in 2011 in O’Shaughnessy’s found cannabis actually helps those who suffer insomnia to drift away.

It’s important to note that not all cannabis is created equal. Different cannabinoids have different effects. Take CBN, which is known for making people sleepy. That’s why some edibles and vape carts have started to concentrate on this minor cannabinoid. https://okanaganz.com/oz/news/gummies-niche-down-into-minor-cannabinoids/

Cannabis has also shown promise in helping those who suffer from chronic pain to fall asleep.

It’s clear that we’re only scratching the surface of the information that’s out there. Cannabis and sleep is a deep and nuanced topic with a breadth of conflicting research that continues to grow and evolve. However, I can add my own experience to the conversation.

Personally, I’ve found that getting high just before bedtime will keep me up late into the night with an overactive mind. But getting buzzed earlier in the evening and allowing time for the effect to wane by bedtime rocks me into a (mostly) dreamless sleep.

Weed affects people differently, so it’s worth experimenting and finding what works best for you.

How does cannabis affect your sleep? Email [email protected]