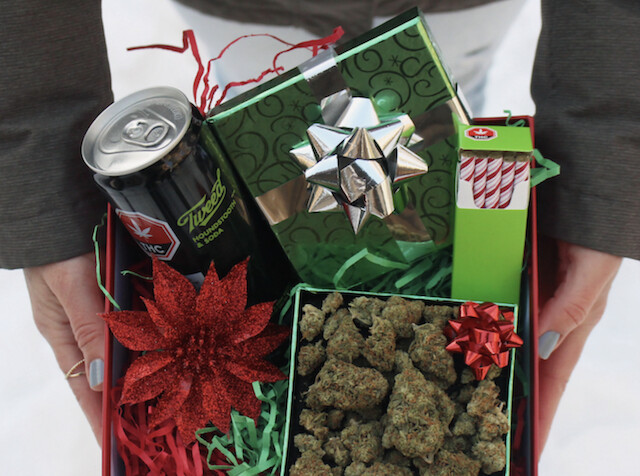 Nearly one in three people are going to wake and bake on Christmas Day.

That’s according to a recent survey by CBD Oracle (https://cbdoracle.com/news/cannabis-consumer-trends-around-holidays-survey/) that found 28% of respondents were planning to get high first thing in the morning on Christmas.

“Smoking weed at Christmas isn’t the sort of thing you’d see in a Hallmark special, but our survey suggests 28.4% of people who’ve tried weed intend to do it just after waking this year,” says Oracle.

They asked in a survey of 2,000 people what part of the day (if any) is ideal for indulging on Christmas day. “Wake and bake” was the most popular answer, followed by after dinner.

Titled, ‘How Cannabis is Taking Over Christmas,’ the survey found about 75% of respondents would consider getting high with family during the holidays.

“This is really a sign of how far things have come over in relatively few years, with cannabis being increasingly substituted for alcohol both personally and in more social settings,” says Oracle. “Only 16.3% said they wouldn’t want to, with the remaining respondents not being sure.”

Office parties would be a lot more cannabis-friendly if the majority had their way, with 55% saying they want weed-infused treats at the company holiday shindig.

“Drinking at the office party is well established as a part of Christmas tradition, but our survey reveals that the majority of people who’ve used cannabis want weed to be involved in the office party this year,” says Oracle.

“The results show that 54.9% of respondents said they would really love it if their employer served cannabis-infused treats at their office parties. Another 14.3% said they didn’t care either way, implying that it at least wouldn’t bother 69.2% of the office. Only 20.5% said they didn’t think it should be served at the party.”

Just over half (53%) say they intend to replace booze with cannabis.

“After this, the lack of a hangover – or ‘dopeover’ – was cited as an explanation by 38.9% of respondents.”

The study concludes that weed is here to stay for the holidays.

“The results of the survey show that the landscape of the ‘traditional’ holiday period is changing,” says Oracle. “While there will still be the family members who prefer to spend the evenings working through a bottle of wine, a growing number will be taking a little break to light up – possibly even with the new strain or bong they got under the tree.”

The survey polled nearly 2,000 US cannabis users on their cannabis consumption over the holidays. There was no margin of error given.

47% would enjoy getting high with family during the holidays, with another 27% saying they’d like to sometimes.

53% plan to give cannabis-themed gifts, especially cannabis beverages and edibles.

54% said they would love it if their employer served cannabis-infused treats at the office party.

65% plan to completely or occasionally replace alcohol with cannabis over the holidays, mainly because cannabis is less harmful than alcohol.

45% plan to abstain or cut down on cannabis use during January, with 27% aiming for a completely “dry January.”

48% don’t experience weed hangovers and feel productive and refreshed the next day.